The clinic that United Hatzalah runs in Uman with cooperation of other groups has 20 staff members and works 24 hours a day throughout the holiday. 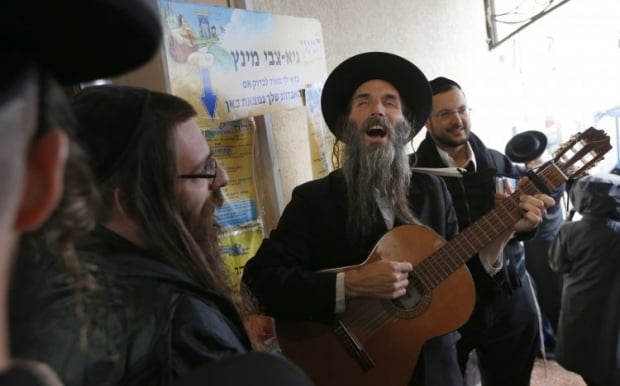 One person died and thousands required medical treatment during an annual pilgrimage in Uman, a Ukrainian city where tens of thousands of Jews gather on Rosh Hashanah, the Jewish new year.

The deceased was a 23-year-old who died of heart failure, according to a statement Tuesday by the United Hatzalah emergency services group, which is based in Israel but runs a clinic in Uman during the holiday, according to The Times of Israel.

Of the 34,000 people estimated to have participated in the pilgrimage this year, about 2,700 people were treated by Hatzalah for various issues, ranging from mild headaches to injuries sustained by stumbling on the city's pothole-filled streets.

The clinic that United Hatzalah runs in Uman with cooperation of other groups has 20 staff members and works 24 hours a day throughout the holiday. The clinic will extend its activities until Yom Kippur next week, the statement said.

Among the complications faced by the clinic's staff are pilgrims who ignore medical advice and travel after major surgeries to Uman, which is about 150 miles from the nearest international airport. Some of these pilgrims believe visiting the city on Rosh Hashanah has healing powers.

The visitors come to Uman to be near the burial site of Rabbi Nachman, an 18th-century Hasidic leader.

As in previous years, Israeli police sent officers to Uman for the duration of the holiday to help local authorities maintain order.

Authorities in Ukraine have improved access to Uman in recent years, and plans are underway for reopening an unused military airport near the city for direct flights.

The pilgrimage has created friction between the predominantly Israeli pilgrims and locals, many of whom resent the cordoning off of neighborhoods by police. Street brawls are not uncommon.

Another issue is the internal trade that develops among pilgrims, which some locals say eliminates the benefits that come with conventional tourism.

This year for the first time Israel opened a temporary consulate in Uman.

The Foreign Ministry in Jerusalem said the diplomat working from the temporary consulate would "address urgent consular matters like stolen or lost travel documents and any other emergency assistance extended by Israeli embassies worldwide."

If you see a spelling error on our site, select it and press Ctrl+Enter
Tags:News of UkraineUkraineJewsUmanclinic