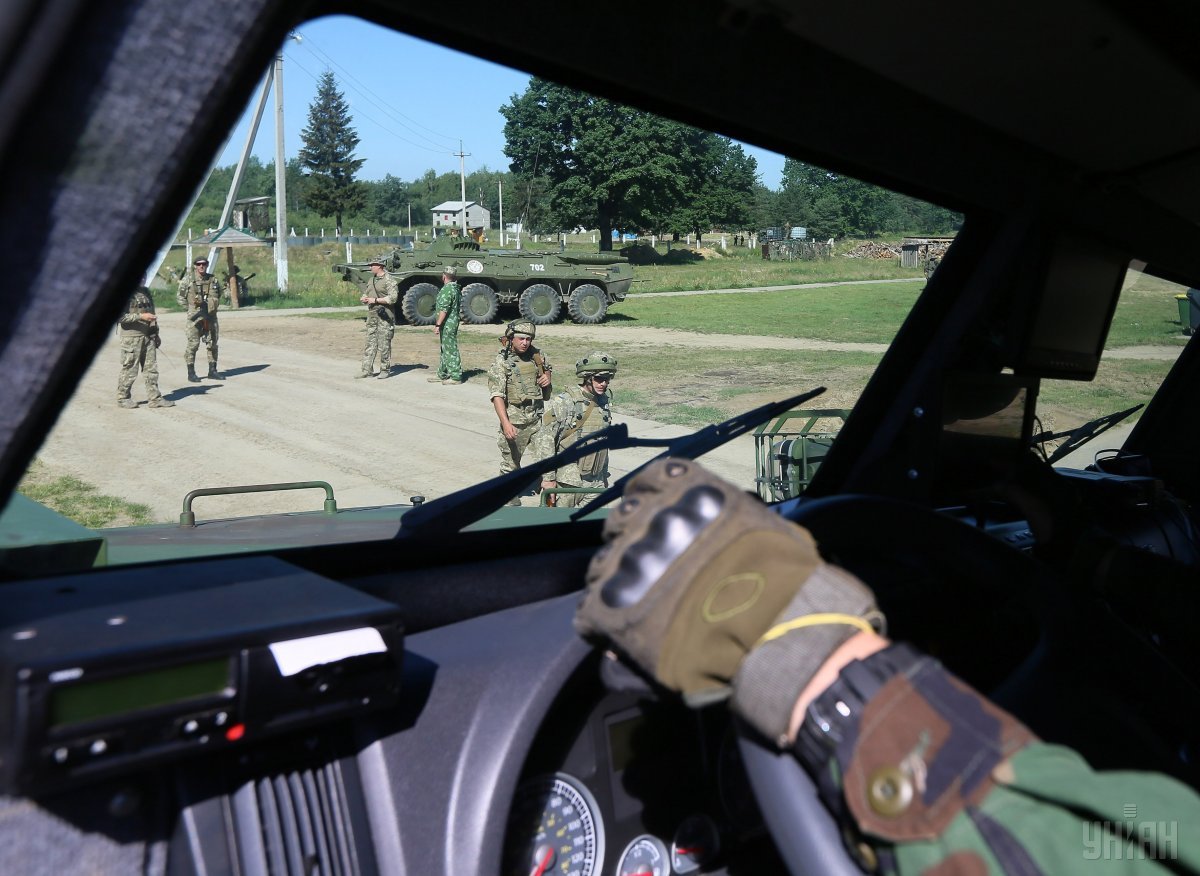 Multinational Soldiers from 14 countries spent two weeks working side by side during Rapid Trident 2018.

"There are a tremendous amount of benefits for National Guard units to come over to Europe," said Maj. Gen. John Gronski, U.S. Army Europe's deputy commanding general for National Guard, during his visit to Rapid Trident.

"First of all, it's important to develop those strong relationships with our Allies and partners over here. The second thing is when National Guard units come over to Europe and participate in the exercises, they build a tremendous amount of readiness here and it gives them an opportunity like no other training area does to train alongside Allies and partners."

The connections between U.S. National Guard and Ukraine continue to grow annually as JMTG-U has been manned by several states during the past few years, including California, Oklahoma, New York and Tennessee. Additionally, California Army National Guard has also been connected to Ukraine since 1993 as part of the National Guard State Partnership Program.

Ukraine hosted troops from Azerbaijan, Bulgaria, Canada, Denmark, Georgia, Germany, Lithuania, Moldova, Poland, Romania, Turkey, the U.K. and the U.S. at the International Peacekeeping and Security Centre, here, Sept. 3-15, for the annual exercise that can trace its roots back more than 20 years.

"Strong relationships were formed and affirmed during Rapid Trident 18, and strong relationships here mean a stronger Europe going into the future," said U.S. Col. Timothy Cleveland, co-director of Rapid Trident and deputy commander of Joint Multinational Training Group-Ukraine, during the closing ceremony, Sept. 14, adding that the exercise required great cooperation and coordination among the participants.

During the closing ceremony, Ukraine's Lt. Gen. Anatolii Petrenko, deputy Minister of Defence of Ukraine for European Integration, also thanked the multinational crowd for its participation in the further development of peace and stability in the region.

"The joint effort of the Ukrainian personnel, together with their partners, are capable of the performance of any tasks for the sake of peace and stability," said Ukrainian Maj. Gen. Eduard Moskalov, exercise co-director and commander of Operational Command East. "I am absolutely confident that we shall be further developing our cooperation in support of the peace and stability of our countries."

If you see a spelling error on our site, select it and press Ctrl+Enter
Tags:News of UkraineUkraineUSANationalGuardRapidTridentmilitarydrills