The September 18 order is in effect until October 18 to give Sedletska time to prepare a full complaint to the court. 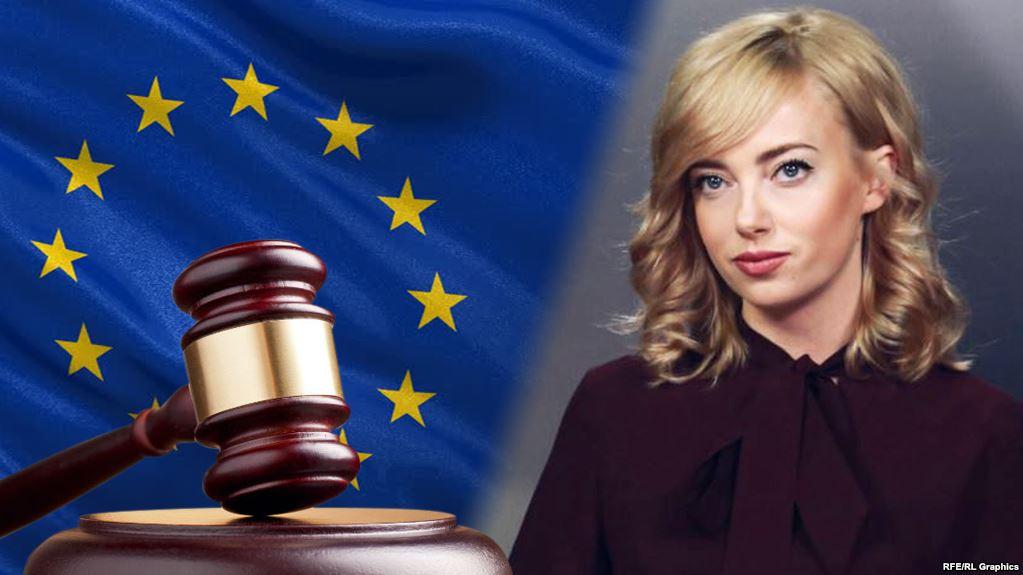 The European Court of Human Rights (ECHR) has ordered the Ukrainian government not to access any data from the cell phone of RFE/RL investigative reporter Natalya Sedletska.

The September 18 order is in effect until October 18 to give Sedletska time to prepare a full complaint to the court, RFE/RL wrote.

The ECHR pledged to consider her appeal "as a matter of priority."

On August 27, the Pechersk District Court of Kyiv approved a request from the Prosecutor-General's Office to allow investigators to review all data from Sedletska's cell phone from July 1, 2016 through November 30, 2017.

The ruling stems from a criminal investigation into the alleged disclosure of state secrets to journalists in 2017 by Artem Sytnyk, director of the National Anti-Corruption Bureau of Ukraine.

Radio Free Europe/Radio Liberty spokeswoman Joanna Levison said earlier this month that the court's ruling is "inconsistent with Ukraine's own commitments to promote and protect a free press."

Sedletska is the host of Schemes, an award-winning anticorruption television program by RFE/RL's Ukrainian Service and Ukrainian Public Television.

The Schemes program reported on several investigations involving senior Ukrainian officials, including Prosecutor-General Yuriy Lutsenko, during the period in question.

The United States, the European Union, and international media watchdogs have expressed concern over the Ukrainian court ruling.

The U.S. Embassy in Ukraine posted on Twitter on September 5 that it could have "a chilling effect on press freedom and anti-corruption efforts in Ukraine." 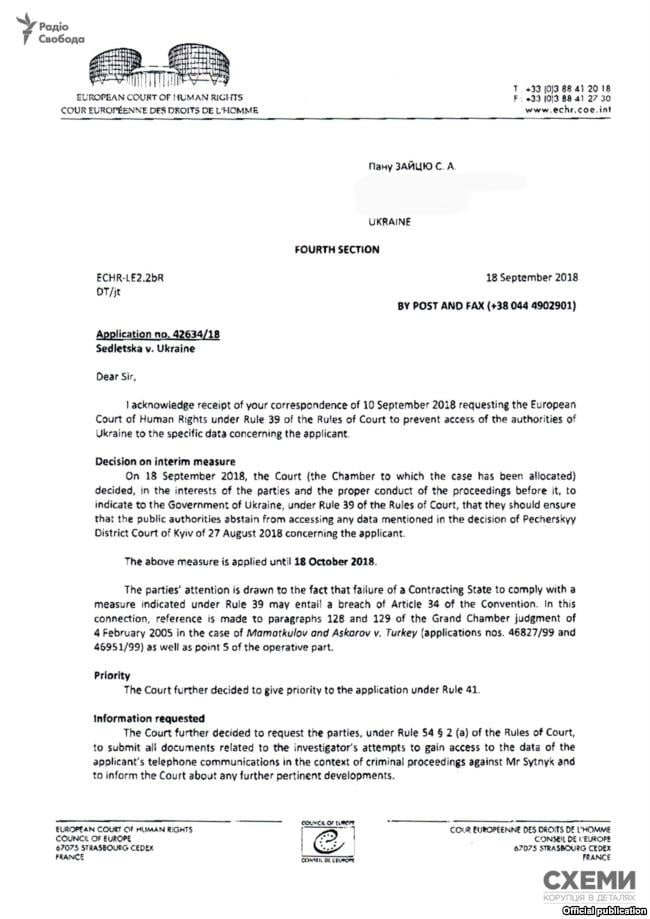 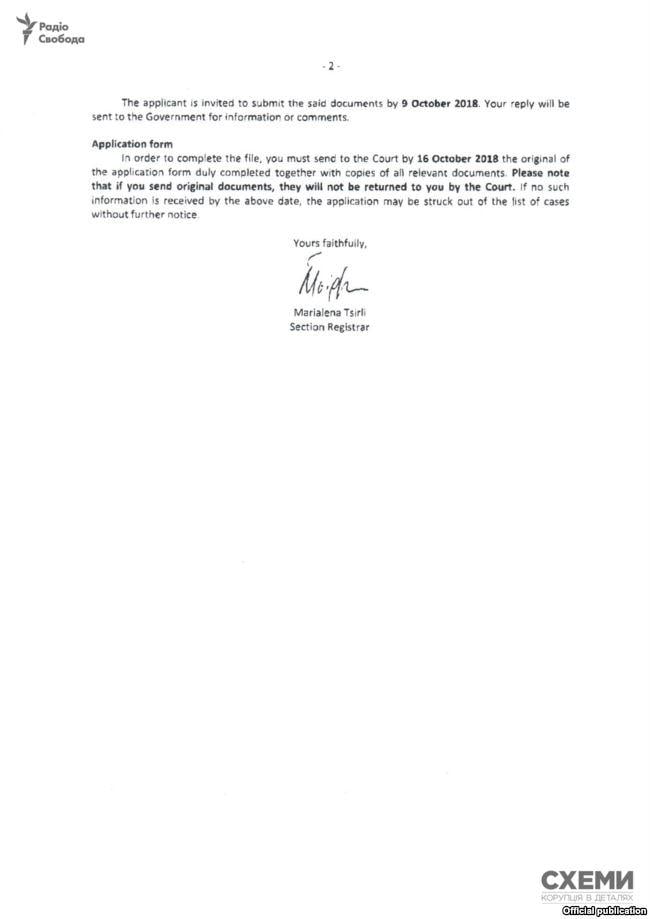 If you see a spelling error on our site, select it and press Ctrl+Enter
Tags:News of UkraineUkraineECHRjournalistpersonaldataphone