09:51, 24 September 2018
Ukraine
664 0
The crew members were abducted on September 22 from the vessel that was traveling between the cities of Lagos and Port Harcourt. 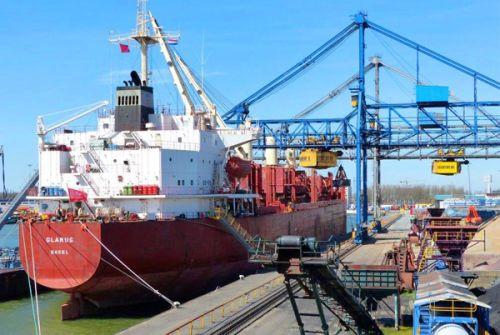 Pirates off the coast of Nigeria have kidnapped 12 crew members of a Swiss vessel, including workers from Philippines, Slovenia, Ukraine, Romania, Croatia, and Bosnia-Herzegovina.

The crew members were abducted on September 22 from the vessel that was traveling between the cities of Lagos and Port Harcourt, RFE/RL wrote.

The Nigerian Maritime Administration and Safety Agency (NIMASA) said on September 23 that seven of those abducted were from the Philippines and one from each of the other five countries.

The 12 workers were still missing. Kidnapping for ransom is a common problem in parts of Nigeria.

A number of foreigners have been kidnapped in the last few years in the southern Niger Delta region, source of most of the oil that is the mainstay of the West African state's economy.

If you see a spelling error on our site, select it and press Ctrl+Enter
Tags: #News of Ukraine#Ukraine#kidnapping#crew#Nigeria
Latest news