Russian-backed insurgents have fired on the new terminal of the Donetsk airport and five villages with small arms and artillery, the spokesman of the ATO headquarters Leonid Matiuhin said at a briefing in Kyiv on Monday. 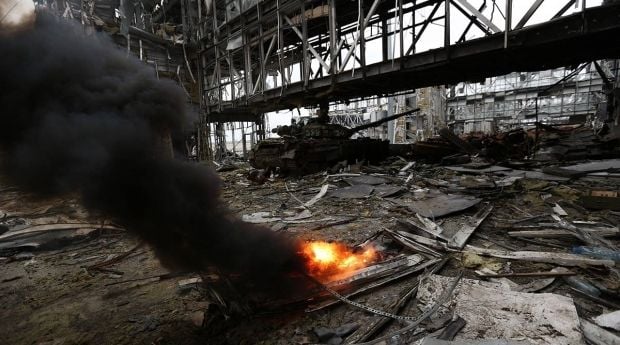 "Russian-backed insurgents have fired on with small arms the new terminal of the Donetsk airport and the village of Petrovskiy, and they fired on with mortars the villages of Pisky and Hranitne that was fired on twice," he said.

As UNIAN reported earlier, on Sunday the situation in the Donbas conflict zone was relatively calm.