Usyk: One reason we agreed to face Bellew is to get Joshua! – media

Now Usyk is moving forward to the next chapter of his career. 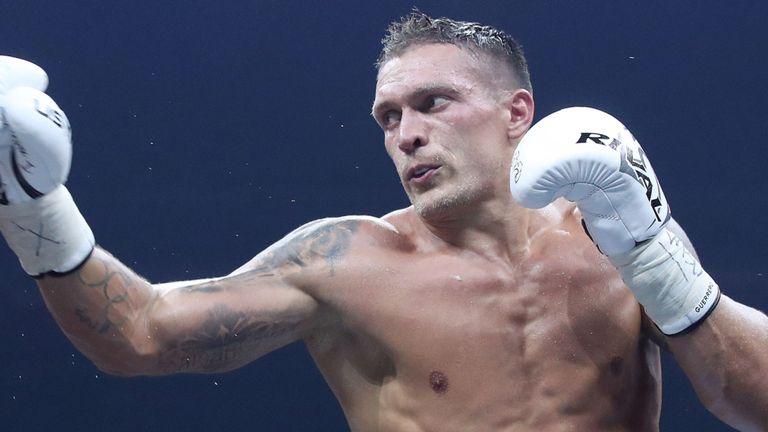 WBC, IBF, WBO, WBA cruiserweight world champion Oleksandr Usyk (15-0, 11 KOs) is not exactly making it a secret that his overall game plan is to get his hands on Anthony Joshua (22-0, 21 KOs), who holds the WBO, IBO, IBF, WBA world titles at heavyweight.

Back in July, Usyk became the overall winner of the World Boxing Super Series tournament at cruiserweight, when he dominated undefeated Murat Gassiev over twelve rounds to unify the entire division, BoxingScene.com reported.

Now Usyk is moving forward to the next chapter of his career.

In the first fight of that agreement, Usyk will face former division champion Tony Bellew on November 10 in the UK.

Bellew, who in his last two bouts competed at heavyweight with back to back stoppage wins over David Haye, is moving back to cruiserweight to chase down the unified crown.

But the main goal for Usyk is to use Bellew as a stepping stool to secure a future showdown with Joshua, who Hearn also promotes.

According to Usyk's handlers, they would like to get in the ring with Joshua by the end of 2019.

The contest with Bellew will likely become the final cruiserweight bout of Usyk's career - as he plans to move to heavyweight in the very near future.

"One reason we have agreed to fight Bellew is to get to Joshua," Usyk told The Sun.

"It is exactly part of the strategy and why we have this co-operation with Eddie Hearn. He has Tony, he has Anthony, he has Dillian Whyte and a couple more heavyweights. It's the best way, the shortest - not the easiest - way to fight Anthony."

Usyk was ringside last Saturday night at Wembley in London, and watched Joshua score a seventh round knockout of mandatory challenger Alexander Povetkin. Joshua will now return on April 13, also at Wembley, against an opponent to be determined.

If you see a spelling error on our site, select it and press Ctrl+Enter
Tags:News of UkraineUkraineboxingJoshuaUsyk