The channel's signal was cut off across the country. 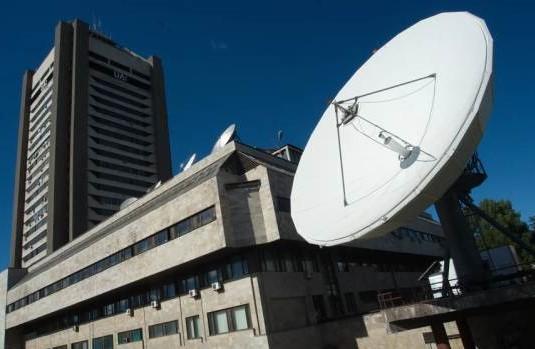 The European Broadcasting Union (EBU), an alliance of public service media organizations, has called for appropriate funding for the National Public Broadcasting Company of Ukraine (UA:PBC) to restore broadcasting across Ukraine.

"The EBU is extremely concerned about the future of public service media in Ukraine after broadcasts from EBU Member UA:PBC were terminated," the EBU said in a statement.

The state-owned Broadcasting, Telecommunications and Television Company of Ukraine cut-off analogue distribution of UA:PBC across the majority of the country due to the broadcaster's debts.

The EBU has been leading calls to secure appropriate funding for UA:PBC in line with Ukrainian law and European standards. This year the broadcaster, which already has one of the smallest budgets in Europe, only received around half the budget defined by national law.

"It is critical that citizens have access to independent, pluralistic news and information. This is especially important in the run up to next year's Presidential and Parliamentary elections in Ukraine," the EBU said.

"We are dismayed that the authorities have taken the decision to deprive the Ukrainian people of this important public service," EBU Director General Noel Curran commented on the situation. "We urge the authorities to restore transmissions immediately and allocate the necessary funding to allow public service media to fulfil its critical role to society and to democracy in Ukraine."

As UNIAN reported earlier, broadcasts of the UA:Pershyi (UA:First) national television channel have been suspended over debts.

"The state-owned Broadcasting, Radiocommunications & Television Concern (BRT) switched off the broadcasting of UA:First in the morning today (over the state's debts owed to the state)," Head of the National Public Broadcasting Company of Ukraine (UA:PBC) Zurab Alasania wrote on Facebook on September 25.

The channel's signal was cut off across the country.