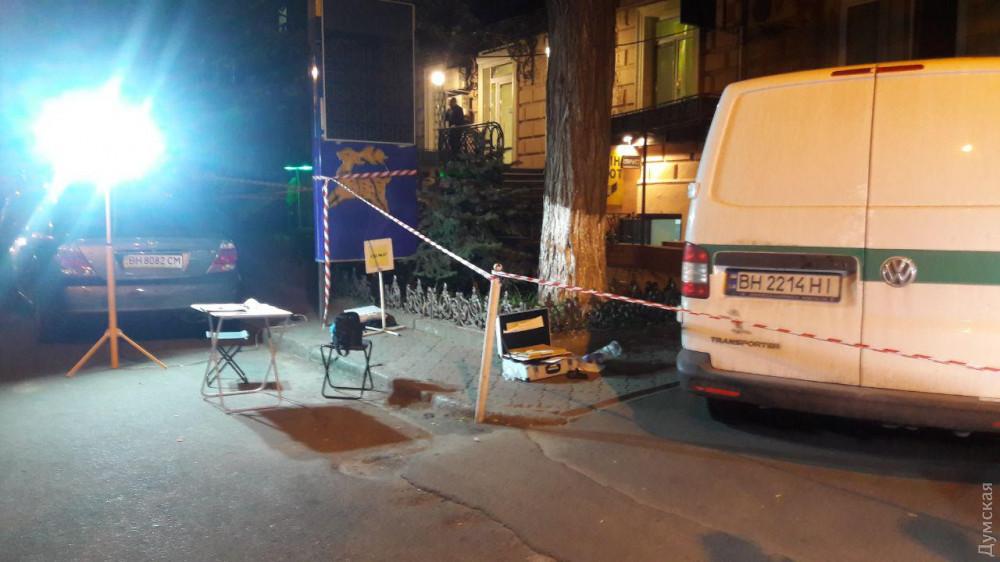 The CIT van belongs to a private security firm / Photo from dumskaya.net

A cash-in-transit van belonging to a private security firm that services currency exchange booths in Odesa was attacked in the center of the city on Friday night.

Unknown persons opened fire on the van at Odesa's Sofiyivska Street and fled the scene of the incident after robbery, the National Police's main department in Odesa region told UNIAN.

The robbers who took money from the security firm's workers allegedly fled in a foreign-made car, heading towards the Peresypsky Bridge.

According to early reports, both workers received gunshot wounds and were taken to the hospital.

The police launched a raid across the city to hunt for the attackers. Regional police chiefs and local prosecutors arrived at the scene.

Over UAH 3 million, or about US$107,000, was stolen during the robbery, head of the National Police's regional office Dmytro Holovyn said, according to an UNIAN correspondent.

Criminal proceedings were opened under Part 4 of Article 187 (robbery) of the Criminal Code of Ukraine. Currently, law enforcement officers are working on the scene.

If you see a spelling error on our site, select it and press Ctrl+Enter
Tags:News of UkraineOdesarobbery