Gorod 24 is a paper published in the city of Feodosia on the Russian-controlled peninsula. 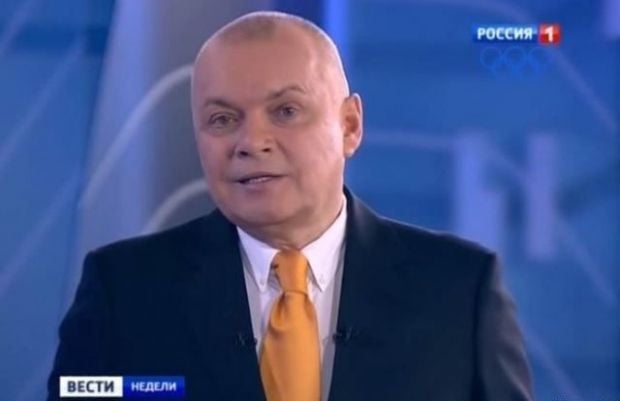 The print run of a Crimean newspaper that ran an article about a villa allegedly belonging to Russian state media boss Dmitry Kiselyov has been withdrawn, the article's author says.

Vladimir Mazurin told RFE/RL on October 1 that the September 30 issue of Gorod 24, a paper published in the city of Feodosia on the Russian-controlled peninsula, was withdrawn and the online version of the article altered.

Mazurin, who said he was a contractor involved in construction of the villa in 2016, said the article he wrote for Gorod 24 did not name its owner or give the address, instead focusing on his concern that it was built in an unstable site on the sandy Black Sea shore in the town of Koktebel.

But Russian radio station Govorit Moskva quoted Kiselyov, director of the government-controlled media conglomerate Rossia Segodnya, as saying that he filed a lawsuit against Mazurin. It quoted Kiseyov as calling Mazurin "a swindler who is extorting money."

Kiselyov is among some 150 Russians and others who have been hit with sanctions by the European Union over Russia's seizure of Crimea from Ukraine and its actions in eastern Ukraine, where Moscow fomented separatism and supports separatists whose war against Kyiv's forces has killed more than 10,300 people since April 2014.

Mazurin said the newspaper's editor, Yelena Voitova, had been fired over the article he wrote, but that could not immediately be confirmed.