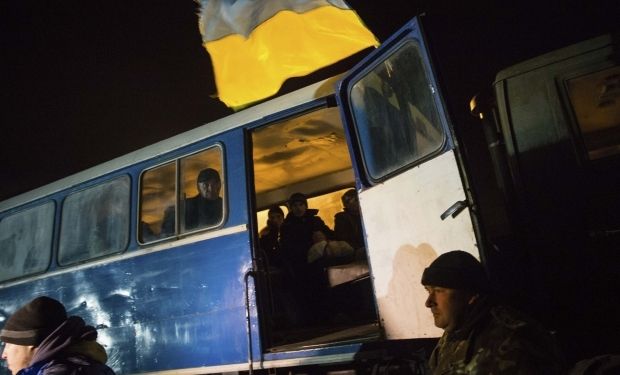 "We’re not taking new prisoners and do not intend to do so," Luhansk militant representative Vladislav Deynego said in a statement issued on Friday.

“It can be said that at this point the Luhansk People’s Republic is doing everything possible to expedite the exchange of prisoners on an ‘all-for-all’ basis.”

Deynego said the promise not to take prisoners was aimed at helping the talks of the contact group on a peaceful settlement of the crisis in Luhansk.

"Now we are working on the lists [of prisoners] provided to us by Ukraine, and preparing for another major [prisoner] exchange," the militants said in a statement. The timeframe of the planned exchange was not given.

As UNIAN reported earlier, a prisoner exchange agreement was reached in the negotiations of the Tripartite Liaison Group to resolve the situation in the Donbas in Minsk on December 24.

There was a prisoner exchange in the Donbas conflict zone on December 26, during which the militants released 146 Ukrainians.

Before the New Year the militants released from captivity a few prisoners without an exchange.

The commander of the Donbas Battalion, Semen Semenchenko, on December 29 said that militants in the Donbas are still holding more than 400 Ukrainians hostage.

According to human rights organization, more than 900 people are currently being held captive by militants in the Donbas.