Ukraine has used the time since it unilaterally declared a ceasefire on December 9 to build up its military, Ukrainian President Petro Poroshenko said on Monday, an UNIAN correspondent reports. 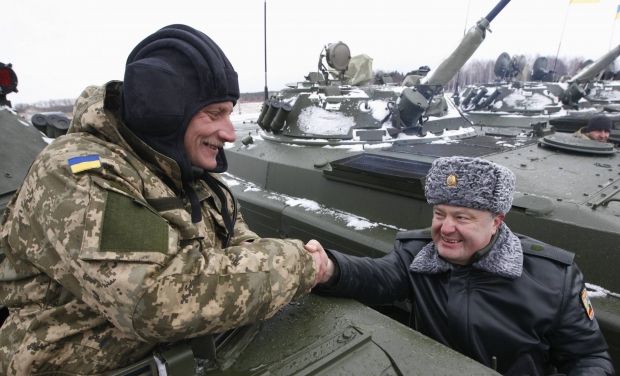 The president said this to journalists during his visit to a military airfield in Oziorne, near Zhytomyr.

“How did we use the time of ceasefire regime? While there were no active hostilities, we have fully restored the combat capability of our units. Because as of September 5, 2014 we had 20% of the ammunition reserve left, while today we have 100% - we have something to defend ourselves with," the president said.

Earlier, at a ceremony to hand over equipment to the military, Poroshenko thanked the workers of Zhytomyr and a number of other military plants that he said had refurbished military equipment quickly and efficiently.

Poroshenko also said that during the ceasefire the Ukrainian side has recorded a significant decrease in the number of casualties.

At the same time, the president noted that "now the Ukrainian military has received orders that in the case of their being attacked, they can return fire.

As UNIAN reported earlier, on Monday Poroshenko made a working visit to Zhytomyr region. He presented to military units of various regions more than 150 certificates for military equipment and weapons.