As of 17:00 on October 9, the police registered 54 incidents related to the explosions in the settlement of Druzhba 16 km away from the town of Ichnya. 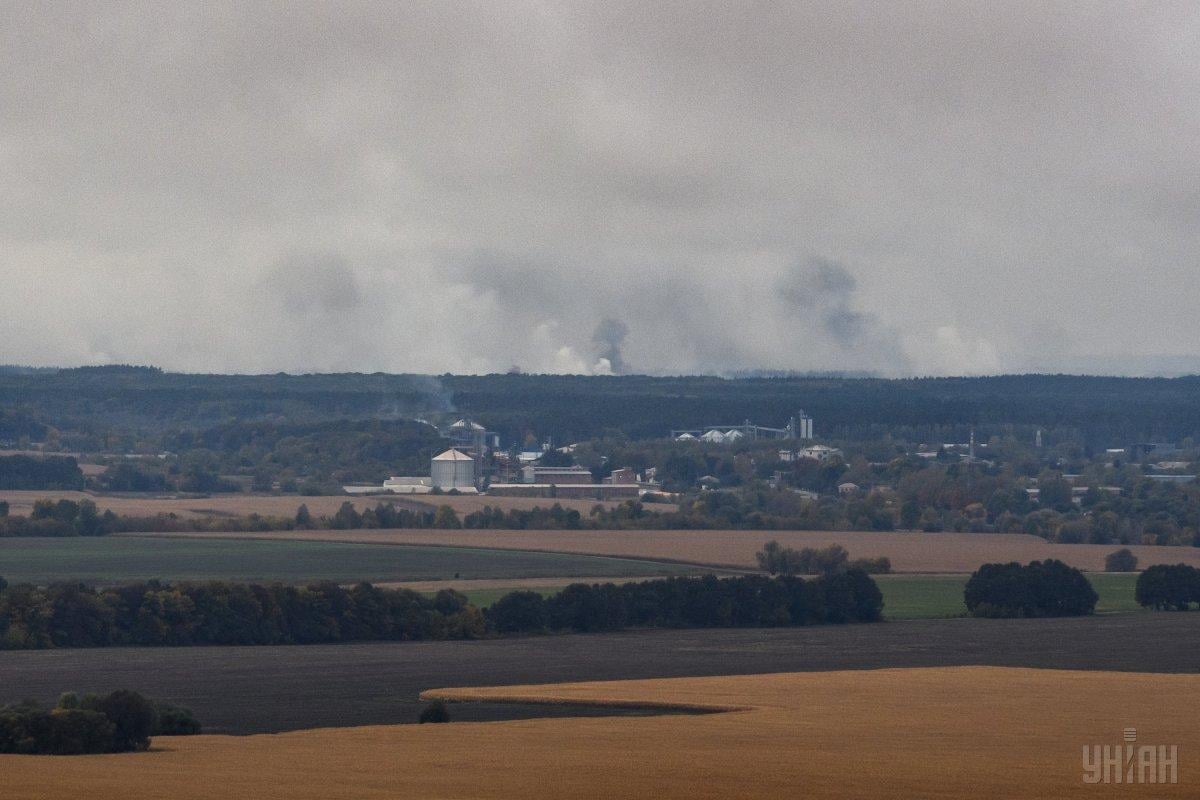 First Deputy Head of the National Police of Ukraine, Vyacheslav Abroskin, says the investigation considers as their main version that a massive fire at a military ammunition depot near Ichnya in Ukraine's northern Chernihiv region was a result of subversive actions of the Russian sabotage group.

“One of the main versions now being considered by Ukrainian law enforcers is the actions of the sabotage group from the Russian Federation,” the deputy national police chief said.

At the same time, according to Trakalo, as of 17:00 on October 9, the police recorded 54 incidents that are related to the explosions in the territory of the settlement of Druzhba 16 km away from the town of Ichnya, including six reports of damage and destruction of households. There are also facts of detection of unexploded ordnance and five reports of theft or looting (four of them were not confirmed, while the latter was being verified).

As UNIAN reported, in the early hours of Tuesday, October 9, explosions caused a massive fire at the 6th Arsenal of the Ministry of Defense near the village of Druzhba in Ichnya district of Chernihiv region.

More than 12,000 people were evacuated from the adjacent territories. A 30-km no-fly zone was established, while railway and motor traffic was suspended.

The operational headquarters was set up involving top officials of the State Emergencies Service, the police and the National Guard.

The SBU security service is probing a sabotage version. According to the Ministry of Defense, as of 14:00, fire hotspots at the ammunition depots were contained.

If you see a spelling error on our site, select it and press Ctrl+Enter
Tags:News of UkraineRussiaSBUinvestigationpolicefirehybridwarblastsabotagegroupammodepot