Poroshenko on ammo depot fire: No coincidence sabotage is the main version given proximity to Russia border

The head of state believes that all those who ensured the protection of the military warehouse overnight Tuesday when the blasts hit the site should be probed. 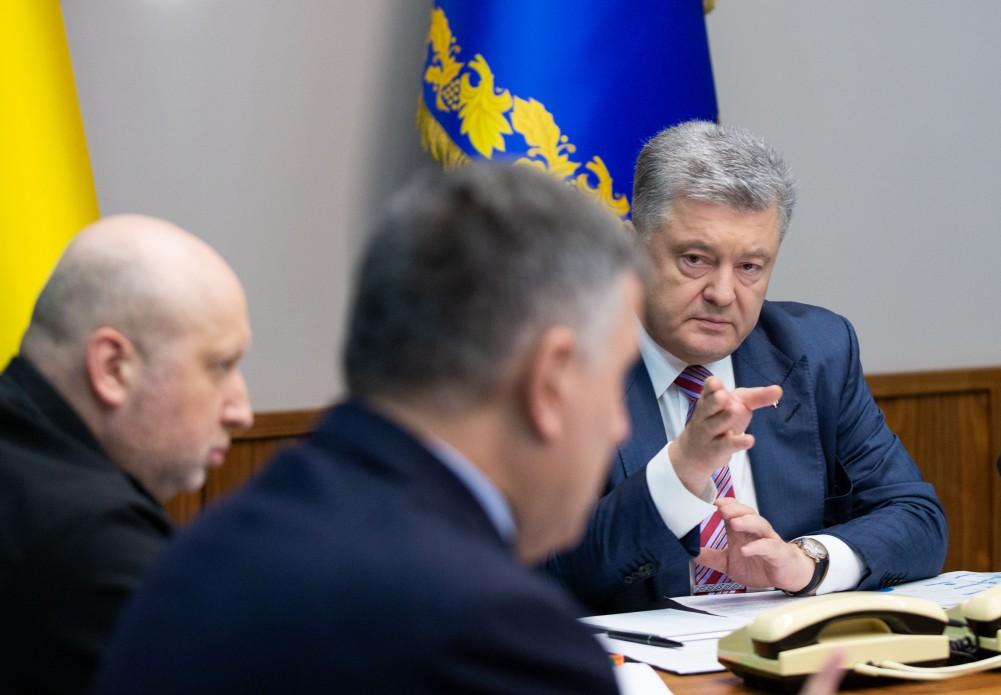 President Petro Poroshenko heard the report by top security officials on the incident at the ammunition depots near Ichnya, Chernihiv region.

According to the Defense Minister of Ukraine, Stepan Poltorak, at 03:20, October 9, three storage facilities of the arsenal exploded simultaneously and in the next 20 minutes, several others exploded as well, the presidential press service reports.

Poltorak reported that at the time of the explosion, the depots were filled by 50% while the most scarce and critical ammunition for the Armed Forces of Ukraine was previously relocated from the 6th military arsenal to more protected arsenals and bases. As of 15:00, as a result of detonation, about 30% of the entire depot was on fire, he said.

At present, measures are being taken to localize and extinguish the fire. To this end, two firefighting tanks have been deployed to the site. Three more tanks were expected to arrive shortly.

The Head of State said he expects operative but responsible results of the investigation of the emergency incident.

"I want to emphasize separately that I am expecting prompt results of the investigation, and very responsible ones," Petro Poroshenko said, speaking at the meeting with Chief Military Prosecutor of Ukraine Anatoliy Matios and First Deputy Head of the Security Service of Ukraine Vitaliy Malikov.

"Given the proximity to the Russian border, it is not a coincidence that the main version of the Security Service of Ukraine, the Military Prosecutor's Office is sabotage," the Supreme Commander-in-Chief noted.

"I am not trying to order anyone punished for PR purposes," the head of state stressed. “But not a single embezzler who allowed this through their negligence will be reinstated in their job,” the president added.

The head of state believes that all those who ensured the protection of the military warehouse overnight Tuesday when the blasts hit the site should be probed.

"We must fully and thoroughly study this experience today in order to prevent the attack of the enemy’s sabotage and reconnaissance groups from repeating," he said.

"Following the results of the investigation, we must make proposals on bringing the perpetrators to justice," said the president.

Read alsoRussian sabotage major version in ammo depot fire probeAccording to the Security Service, three versions of the causes of an emergency are currently being considered. The main one is a subversive act of the sabotage group, another one is the violation of the rules of fire safety or storage of ammunition, and the third is deliberate arson aimed at concealing the theft of ammunition.

As UNIAN reported earlier, in the early hours of Tuesday, October 9, explosions caused massive fire at the 6th Arsenal of the Ministry of Defense near the village of Druzhba in Ichnya district of Chernihiv region. More than 12,000 people were evacuated from the adjacent territories. A 30-km no-fly zone was established, while railway and motor traffic was suspended. The operational headquarters was set up involving top officials of the State Emergencies Service, the police and the National Guard. The SBU security service is probing a sabotage version. According to the Ministry of Defense, as of 14:00, fire hotspots at the ammunition depots were contained.

If you see a spelling error on our site, select it and press Ctrl+Enter
Tags:News of UkrainePoroshenkoinvestigationfireblastembezzlementreportsabotagegroupammodepot