Media: number of soldiers killed in road accident in Donbas rises to 13 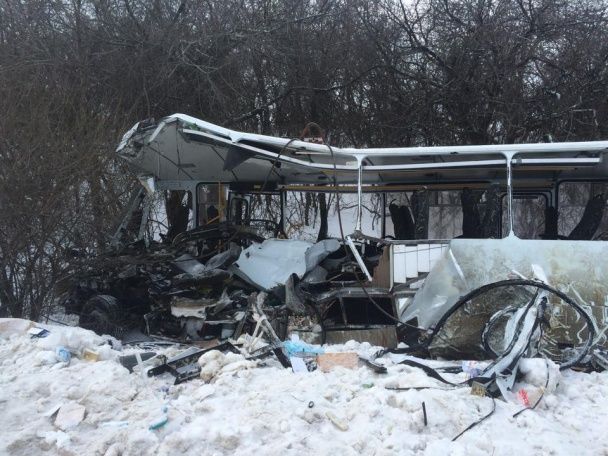 Twelve National Guard servicemen were killed at the scene and more than 20 reportedly injured in a collision between a KRAZ army truck and a bus. The accident, which happened in bad weather, occurred as the soldiers of the National Guard’s Kulchytskiy Battalion were being transferred out of the conflict zone for leave.

The injured soldiers were taken to the hospital in Artemovsk. Some are seriously injured and doctors have called on the public to donate blood.