Russian-backed militants in Ukraine’s Donbas intensified their shelling of Ukrainian positions on the night before Orthodox Christmas, launching 15 attacks, the press service of the Ukrainian government’s Anti-Terrorist Operation wrote on Facebook on Wednesday. 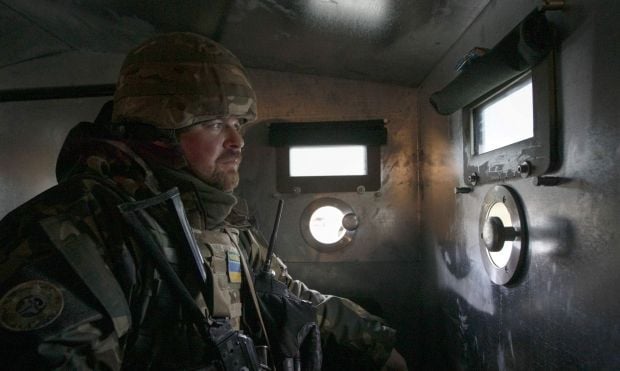 "Between 1815 and 0600 illegal armed groups fired 15 times on the positions of our military," the press center of the ATO headquarters said.

It said that at first the militants fired automatic grenade launcher at the village of Hranite, then attacked seven times with small arms, mortars and artillery fire on Piskiy from areas in Donetsk. In addition, militant mortar fire hit the villages of Taramchuk, Petrovskoe, Vodnaya, and the meteorological tower of Donetsk airport.

"In the area around Debaltseve, from 2225 to 2230 there was shelling near Chernukhin.  And the bandits also fired mortars at Olkhovatka and Redkodub," the press center said.

At the same time, the ATO headquarters said that the provocations by the militants did not prevent the Ukrainian military from celebrating Christmas, noting that some Ukrainian units even attended Christmas religious services.