According to many historians and religious scholars, Moscow simply twisted the meaning of the so-called “Letters of Transfer” issued by Constantinople at the end of the 17th century. 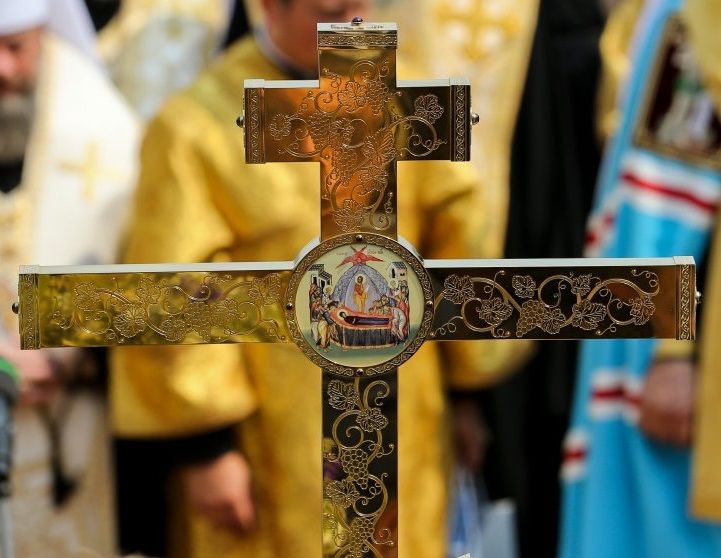 Moscow has branded the prospects of granting the tomos on autocephaly to the Ukrainian Orthodox Church the “illegal invasion” of the Patriarchate of Constantinople into the “canonical territory of the Russian Orthodox Church.”

The leader of the Russian Orthodox Church, Kirill, and that of the UOC-MP, Onufry, call the actions of Constantinople "anti-canonical" and a "gross violation of church law."

However, the Patriarchate of Constantinople conducted a study, involving not only with Greek, but also Russian scholars. According to official historical documents, the Kyiv Diocese, just as the whole of modern Ukraine, has never been transferred under the canonical jurisdiction of the Moscow Patriarchate.

According to many historians and religious scholars, Moscow simply twisted the meaning of the so-called “Letters of Transfer” issued by Constantinople at the end of the 17th century.

The document literally said: "Let the Kyiv Diocese be subordinated to the Holy Patriarchal Throne of Moscow, and also the Metropolitan of Kyiv be ordained there when the need arises." This means only permission to conduct the rite, while the patriarch of Moscow only received the right to “bless” the Kyiv patriarch on behalf of the Ecumenical Patriarchate, nothing more.

This was a temporary decision taken for the sake of saving funds, historians say.

The Ecumenical Patriarchate also admits that in fact it was silent about the violation of the document by Moscow.

Experts believe that Moscow is digging a grave for itself through its aggression on the issue of the Ukrainian autocephaly. In the Orthodox world, questions about the canonicity of the ROC itself are increasingly being raised. It never received a tomos on autocephaly, in fact, taking advantage of historical circumstances. For more than 200 years, there was a non-patriarchal period in the ROC, when it was headed by the State Procurator-General. And after Stalin allowed operationsof the Russian Orthodox Church, it did not resemble a religious organization, remaining under the strict control of the state.

If you see a spelling error on our site, select it and press Ctrl+Enter
Tags:News of UkraineRussiaindependencereligionchurchUOC