Poroshenko urges Ukrainians to pray for autocephaly of Ukrainian church

The president supported the idea of respected public leaders to hold common prayer. 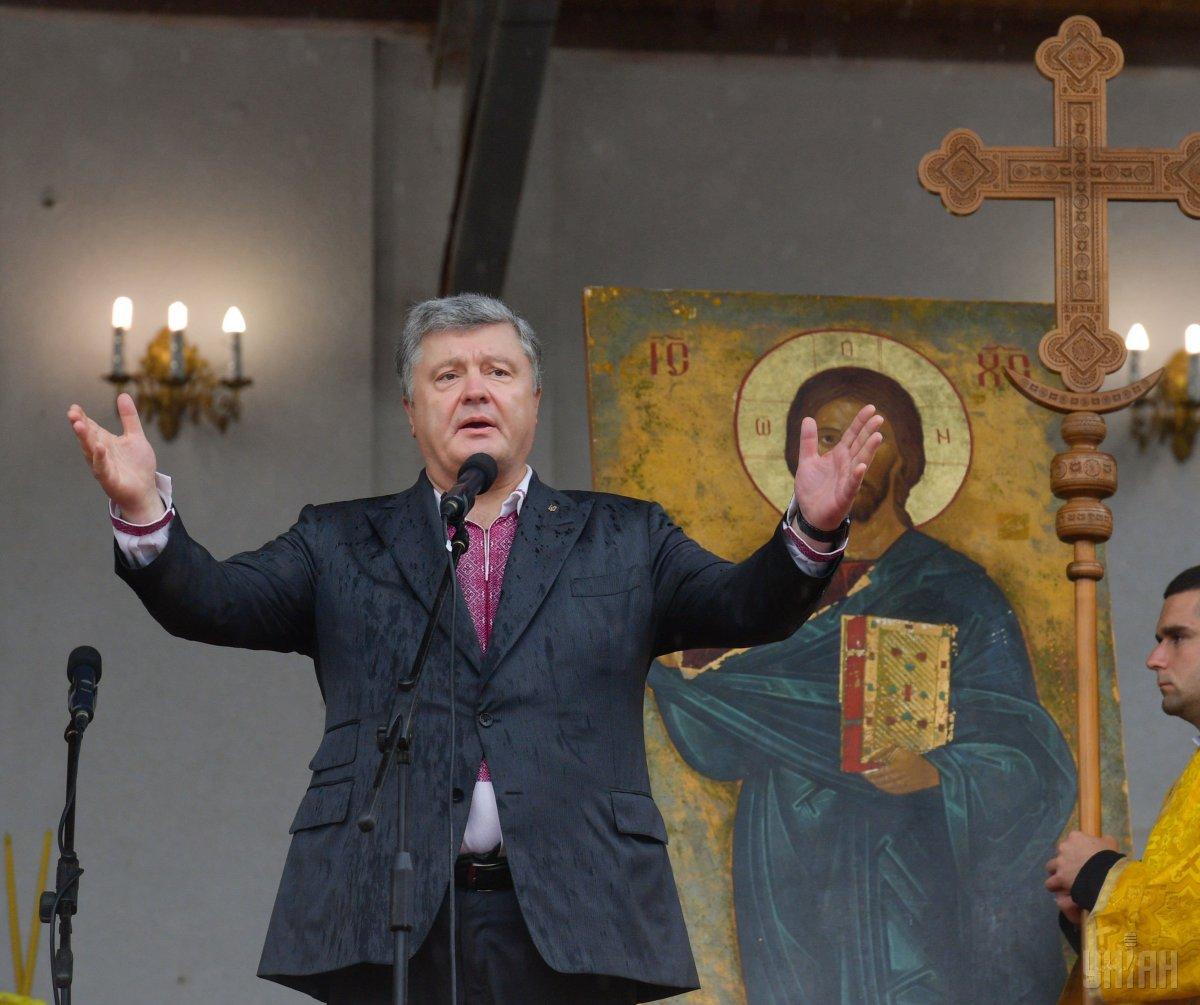 Ukrainian President Petro Poroshenko has called on Ukrainians to gather on Kyiv's St. Sophia's Square in the morning on October 14 to pray for the granting of autocephaly to the Ukrainian Orthodox Church.

"I was addressed by a group of respected public leaders, including Yuriy Shcherbak, Dmytro Pavlychko, Mykhailo Slaboshpytskyi. They offer the Ukrainian community to pray together on October 14 for Ukraine, its army and the united church that we are creating together," he wrote on Facebook.

The head of state called on all concerned Ukrainians to gather on St. Sophia's Square at 09:30 Kyiv time on Sunday to hold a prayer for granting autocephaly to the Ukrainian church.

If you see a spelling error on our site, select it and press Ctrl+Enter
Tags:News of UkrainePoroshenkochurchKyivPatriarchateFilaretOrthodoxpray