The Russian Orthodox Church's Synod will take an unambiguous stance on the decisions taken in Istanbul, Volkov said. 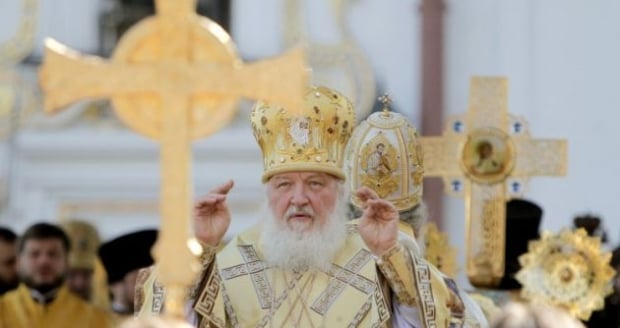 Reverend Alexander Volkov, press secretary of Patriarch Kirill of Moscow and All Russia, has said the response of the Russian Orthodox Church's Synod to the Ecumenical Patriarchate of Constantinople over Ukraine will be appropriate and tough.

"The Holy Synod, which is to be convened in Minsk on Monday, will give an assessment to everything the Patriarchate of Constantinople has done," he told reporters on Saturday during Patriarch Kirill's visit to Belarus, according to Russian news agency TASS.

"In any case, the response will be appropriate and tough. The Synod will take an unambiguous stance on the decisions taken in Istanbul."

As UNIAN reported earlier, the Kremlin vowed to protect the interests of Orthodox believers in Ukraine "politically and diplomatically," claiming Moscow did not intend to interfere in the "interchurch dialogue."

Dmity Peskov, a press-secretary of the Russian president, made the statement on Friday, commenting on the decision of the Synod of the Ecumenical Patriarchate to proceed to granting autocephaly to the Church of Ukraine.

On October 11, following a meeting of the Synod, a decision was announced, stating that the Ecumenical Patriarchate proceeds to granting autocephaly to the Church of Ukraine. In addition, the legal binding of the Synod's letter of 1686 was abolished, thus taking the Kyiv Metropolis from under Moscow's canonical jurisdiction. Also, head of the UOC of the Kyiv Patriarchate Filaret and head of the Ukrainian Autocephalous Orthodox Church Makariy were reinstated in their canonical status.

If you see a spelling error on our site, select it and press Ctrl+Enter
Tags:News of UkraineRussiaUkraineresponsechurchUOCOrthodox