After landing, the fighter jet was towed to aircraft parking space lot by members of the engineering team of the U.S. Air Force. 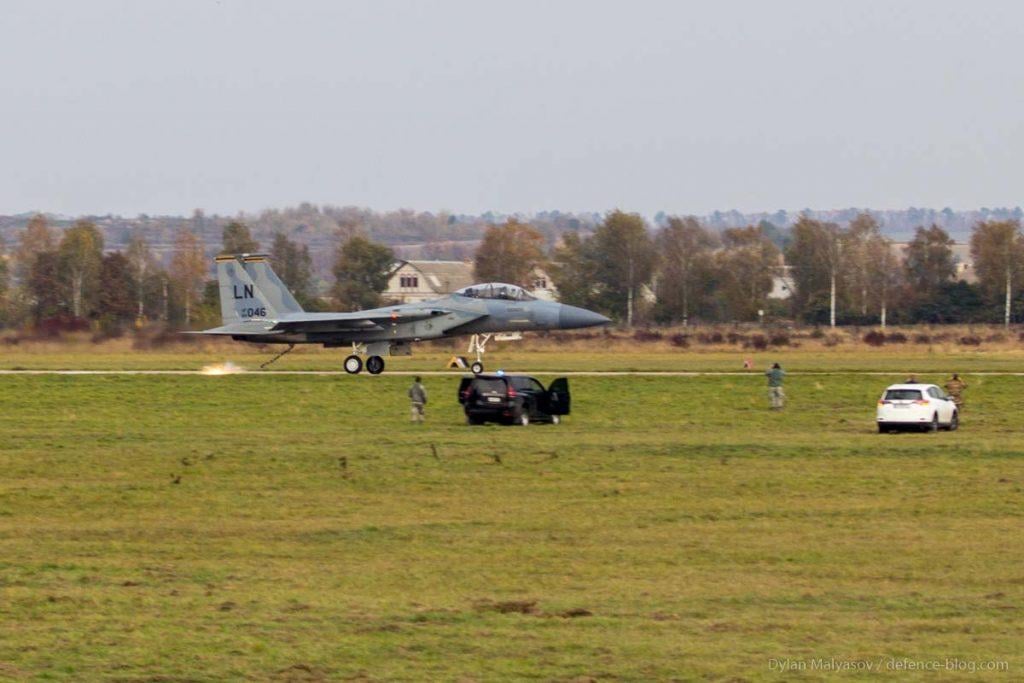 On October 12, U.S. Air Force F-15D Eagle fighter jet safely made an emergency landing at the Starokostiantyniv Air Base in Ukraine during Media day of the multinational military exercise Clear Sky 2018.

During a practice demonstration at the Clear Sky 2018 multinational exercise, in which Ukrainian military and military of the NATO member-states take part, the U.S. Air Force F-15D Eagle fighter jet ran into problems during flight and was forced on return to make a barrier landing at Starokostiantyniv Air Base, according to photographer Frank Crebas, Defence Blog reported.

"I was in the backseat of that F-15D and can confirm it was a real world emergency," said Frank Crebas in his comments at Scramble Magazine post.

The Ukrainian Starokostiantyniv Air Base had an emergency land-based arresting systems for military aircraft that the U.S. military had previously deployed in preparation for the Clear Sky – 2018 exercise.

After landing, the fighter jet was towed to aircraft parking space lot by members of the engineering team of the U.S. Air Force.

One of Ukraine's biggest military exercises began on Monday, October 8, 2018, at Starokostiantyniv and Vinnytsia Air bases. The Clear Sky exercise will continue until October 19.

If you see a spelling error on our site, select it and press Ctrl+Enter
Tags:News of UkraineUkraineUSAemergencyairforcelandingfighterjet