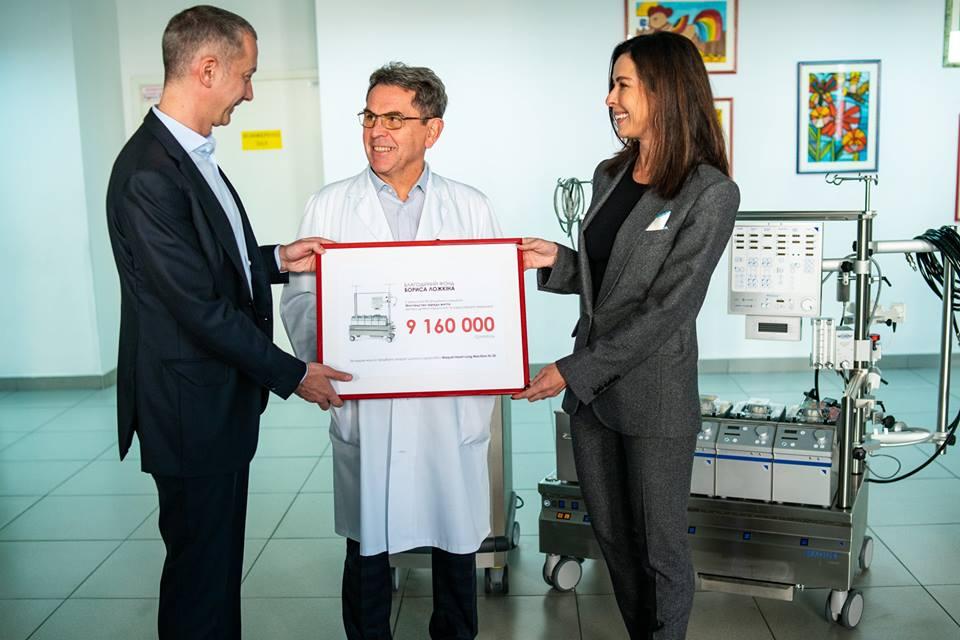 On October 16, Boris Lozhkin and Nadiia Shalomova, the founders of the Boris Lozhkin Charitable Foundation, donated medical equipment to the headed by Illia Yemets Center for Pediatric Cardiology and Cardiac Surgery. Lozhkin mentioned this on his Facebook page. The cost of donations amounted to more than 9 million UAH.

“Today we have handed over a High-Tech artificial blood circulation apparatus, Maquet HL 20, to the Yemets Center, which has been purchased for the funds raised during the fourth “Art for Life” auction. An invention of the artificial blood circulation apparatus some time ago made it possible to perform complex operations on the heart. “The heart is “disconnected” during the operation and the device, in essence, performs its functions,” said Lozhkin.

The first charity auction, organized by the Boris Lozhkin Foundation, was held in May 2015. The goal of the project is to save lives of the Ukrainian children by raising funds to support the children's medical institutions in Ukraine.

“It was a kind of experiment. We did not know then that the idea of uniting the Ukrainian patrons and the leading artists at one place for the sake of helping the pediatric medical institutions and for the sake of saving lives of Ukrainian children would not only become a success, but also turn into a great cause and a good tradition,” says Lozhkin.

For the proceeds from the first auction, the Foundation purchased a universal ultrasound system Philips EPIQ-7, with a possibility to diagnose heart diseases in children even before birth, in the womb. Such equipment appeared for the first time in Ukraine. The system was donated to the Center for Pediatric Cardiology and Cardiac Surgery. More than 7,600 children and 2,900 pregnant women have been examined during almost three years of its use. The Foundation also purchased an intensive care equipment for newborns, which creates optimum conditions for the recovery of children in the postoperative period. Over the same period, more than 250 infants have been treated with its use, including those operated on during the first hours of life.

In March 2016, the second auction “Art for Life” took place in the “Mystetskyi Arsenal”. For the funds raised from the sale of 70 works of art, the Boris Lozhkin Foundation purchased and donated two Flow-I systems manufactured by the Maquet Critical Care (Sweden) to the Pediatric Cardiology Center.  This system functions on the basis of a resuscitator with an artificial respiration and allows anesthesia to be performed even to newborns or premature babies. During almost two years of using two Flow-I anesthesia systems, more than 1,500 operations have been performed, including on the hearts of babies weighing below 2 kg.

The third auction was held in June 2017. That time the raised funds were directed by the Boris Lozhkin Foundation to open a unit for post-intensive care and rehabilitation of premature infants based on the Institute of Pediatrics, Obstetrics and Gynecology of the Academy of Medical Sciences of Ukraine. The main task of this unit is highly qualified medical assistance and rehabilitation of newborns from the risk group: born prematurely or with a perinatal pathology. At the expense of philanthropists, a major overhaul of the premises was carried out and equipment was purchased for intensive therapy of children with perinatal pathology – lung ventilators, patient monitors, seizure monitor alarm and alert devices, phototherapy lamps, pulse oximeters, incubators. The unit started its work at the end of December 2017. Physicians are able to treat more than 300 children every year in the unit with a capacity of 15 beds.

This year, the auction “Art for Life” was held on the nineteenth of June at the “Mystetskyi Arsenal”. More than 70 works of art of contemporary Ukrainian artists have been sold at the auction. As Boris Lozhkin noted, the Fund plans to keep on holding the auctions.

“I do not know any person who could remain indifferent to what they do in the Center. And every year, the charity auction “Art for Life”, held by our fund, convincingly proves this: more and more people join our initiative. These are the artists who year after year provide their works for the charity auctions, and, of course, its participants — the leading patrons of Ukraine,” says Lozhkin. 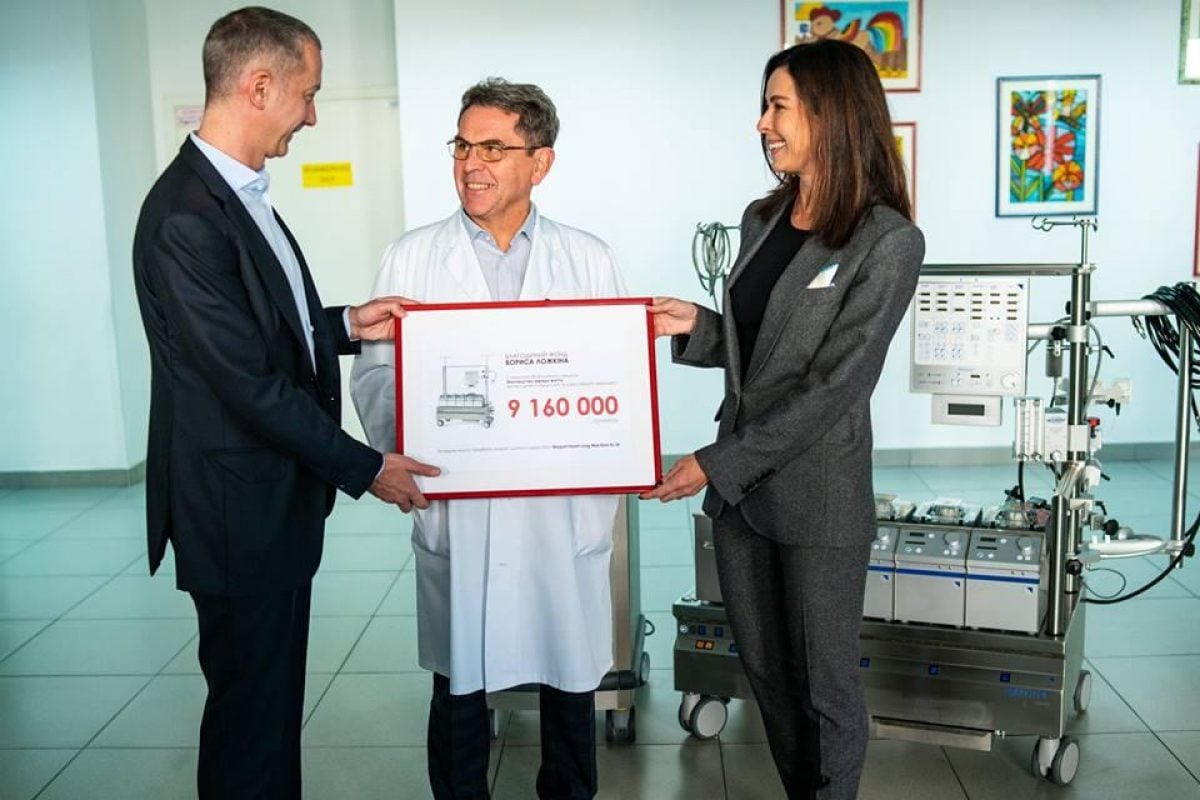 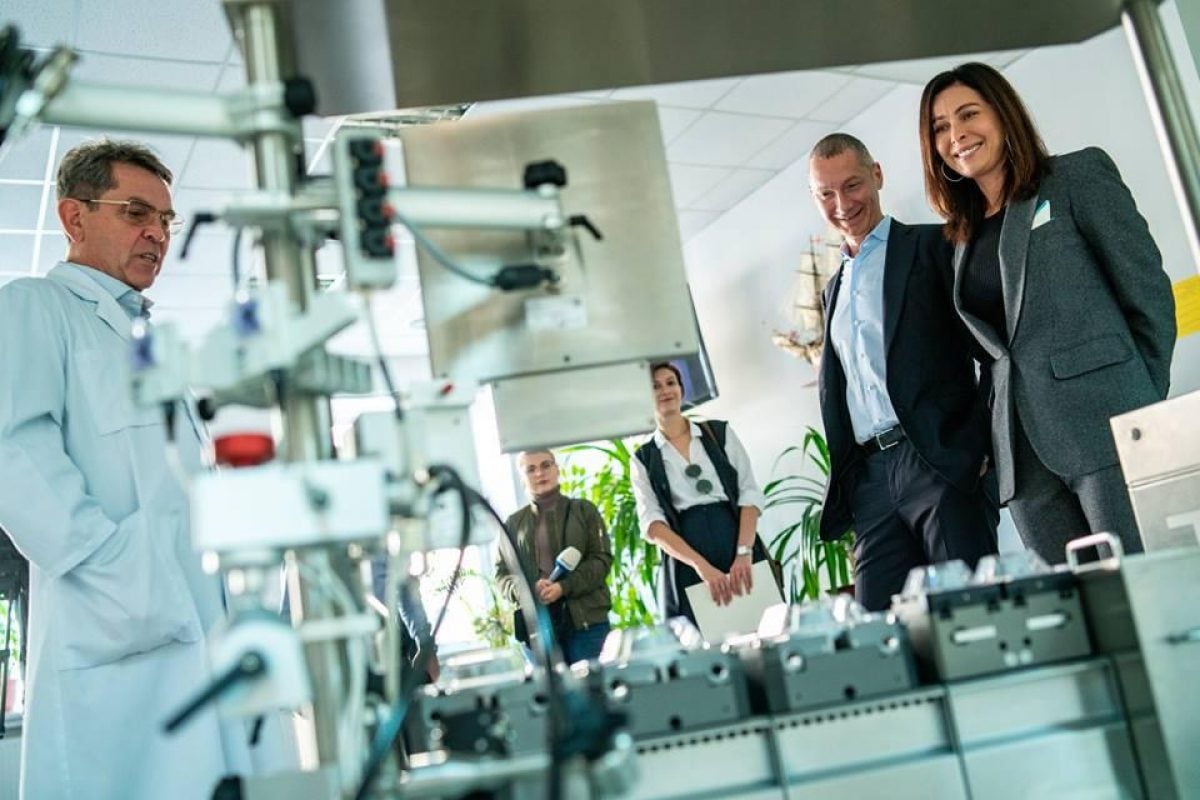 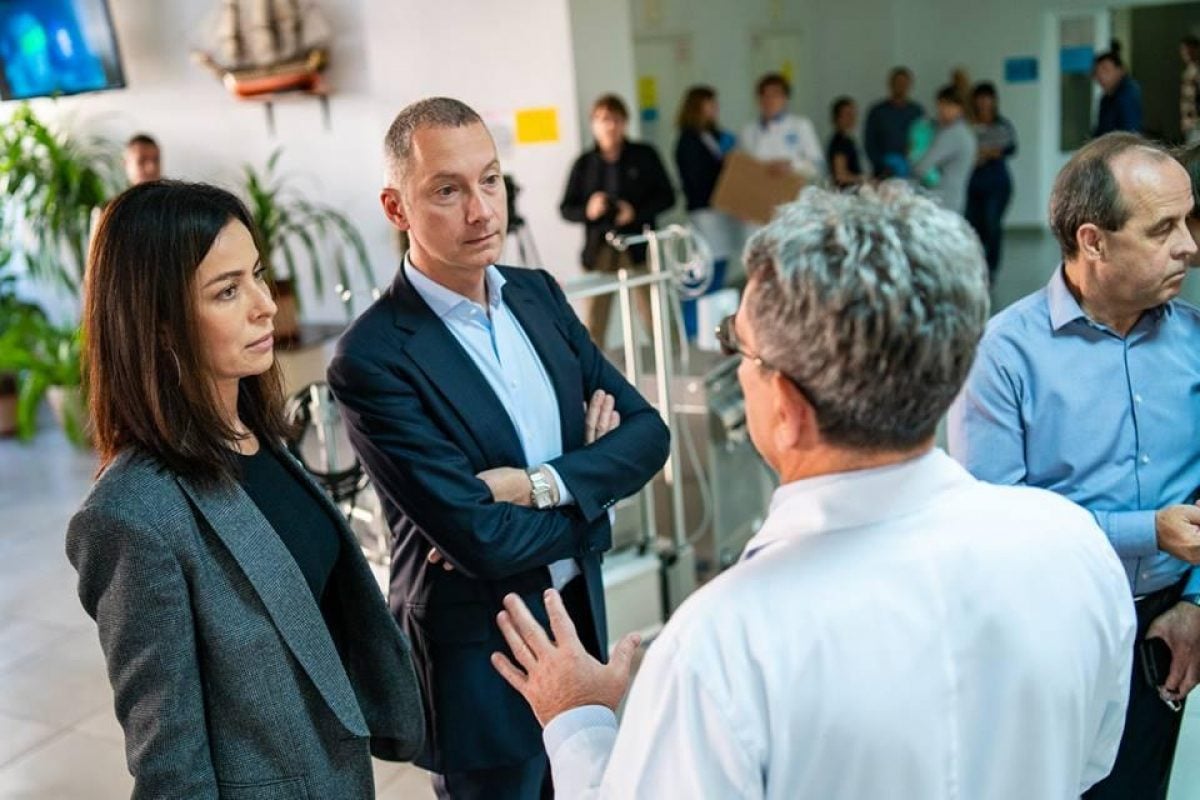 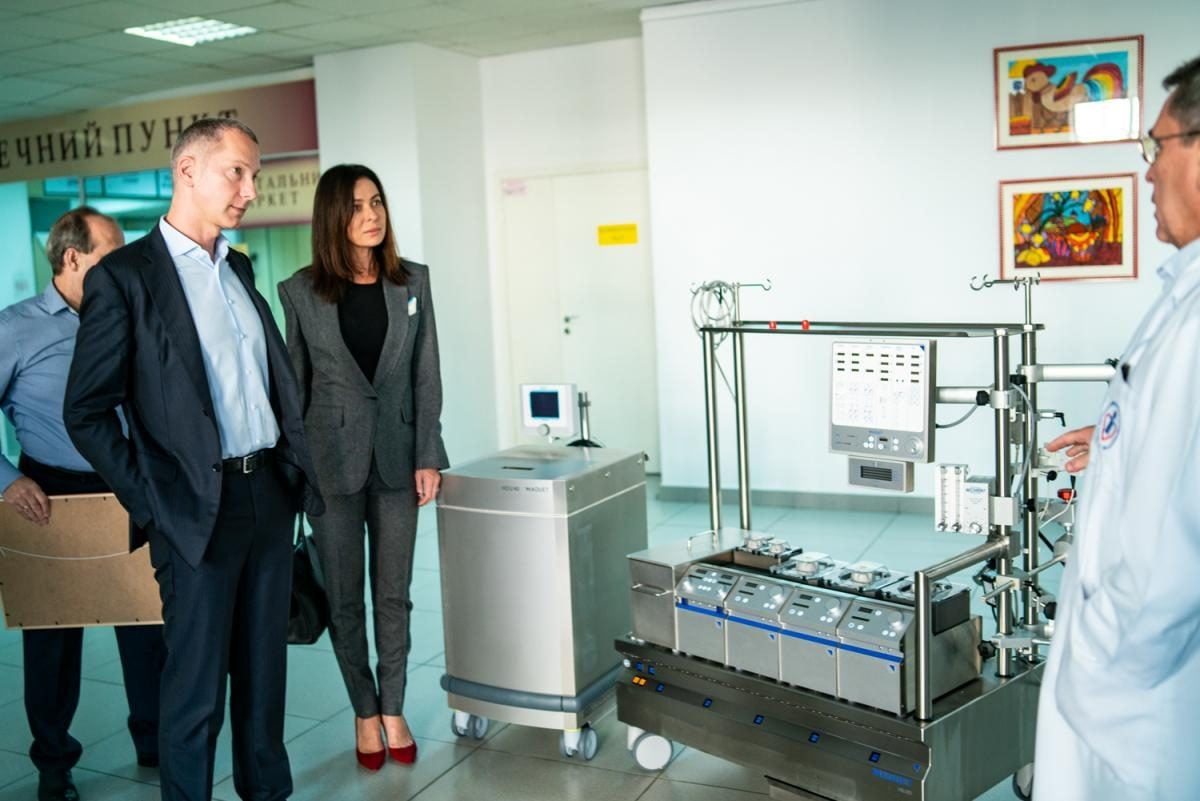 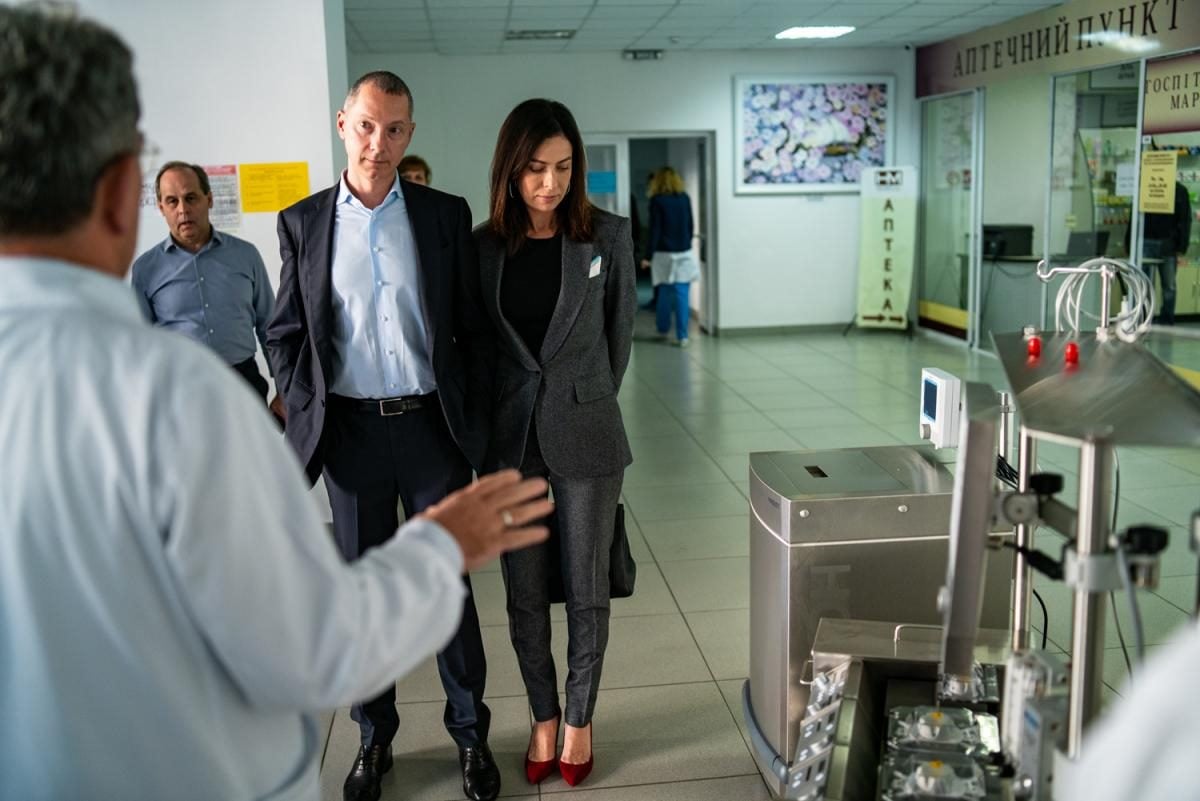