Relatives, friends, and colleagues of the victims, along with regional and city authorities as well as thousands of local residents came to the square with flowers. 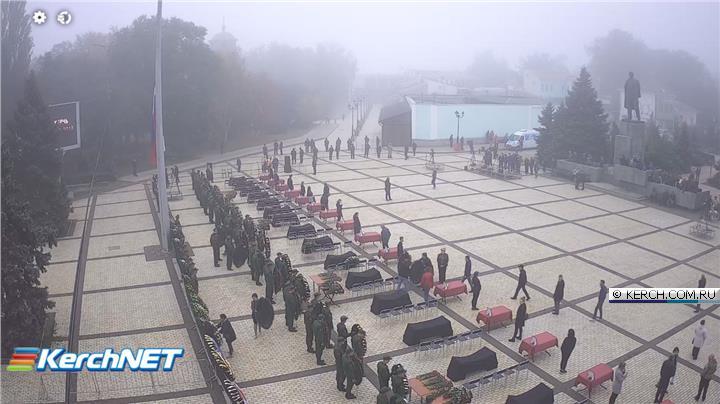 Authorities in the city of Kerch in Russia-annexed Crimea have beefed up security in the central square, where local residents bid farewell to the victims of a shooting rampage at a technical school that claimed 21 lives.

Members of the security services checked bags and belongings of people gathering at the site, where several central streets were blocked to make it possible for city residents to honor the victims on October 19, RFE/RL wrote.

Relatives, friends, and colleagues of the victims, along with regional and city authorities as well as thousands of local residents came to the square with flowers. Emergency Situations Ministry officers brought 17 coffins to the site.

The Russia-imposed head of Crimea, Sergei Aksyonov, said at the ceremony that "Crimea's modern history will now be divided into two parts, the life before October 17 and the life after October 17," and called on the relatives and friends of the victims to move on.

He then put flowers on every coffin and talked to the relatives of the victims personally.

An Orthodox priest then officiated the burial mass, reading each victim's name aloud.

One victim, a Muslim, was buried on October 18 in Kerch, in accordance with Islamic traditions.

Russian authorities said earlier that an 18-year-old student of the college, Vladislav Roslyakov, gunned down 20 people at the vocational school before killing himself on October 17.

The Investigative Committee said that the shooting spree started right after a handmade explosive device detonated inside the college, wounding dozens of people, mainly students.

Crimean authorities said that investigators are looking for possible accomplices.

The local Health Ministry said on October 19 that 43 wounded people remain hospitalized, of whom 23 are being treated in various Russian regions. 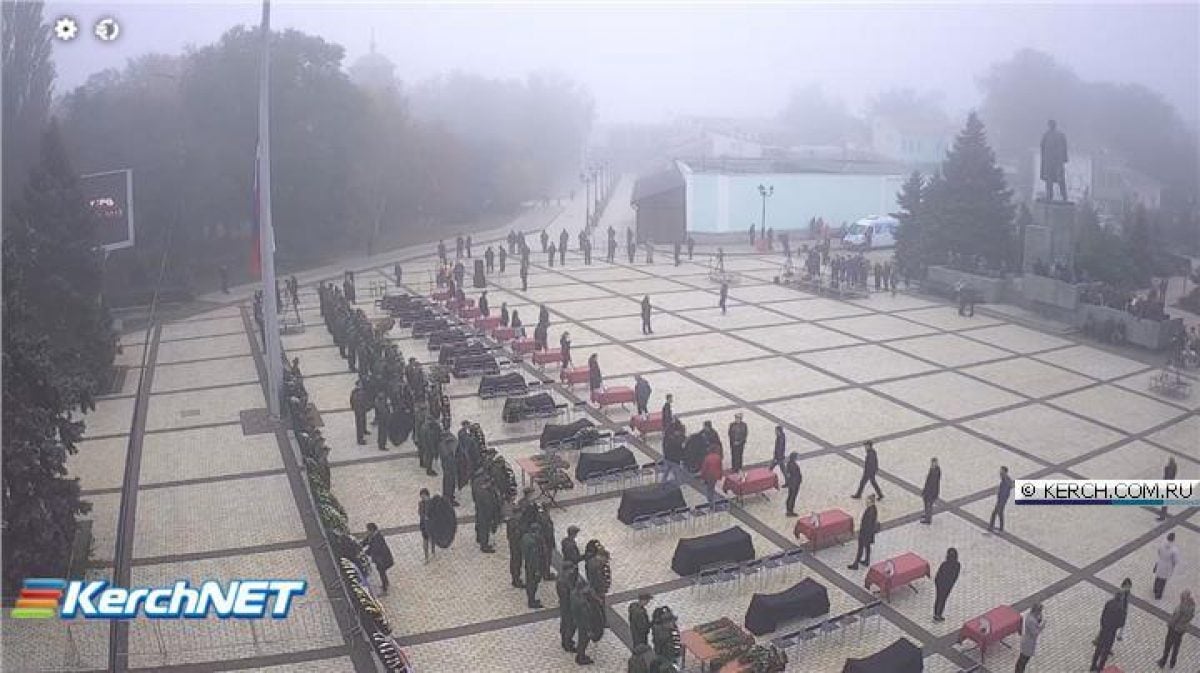 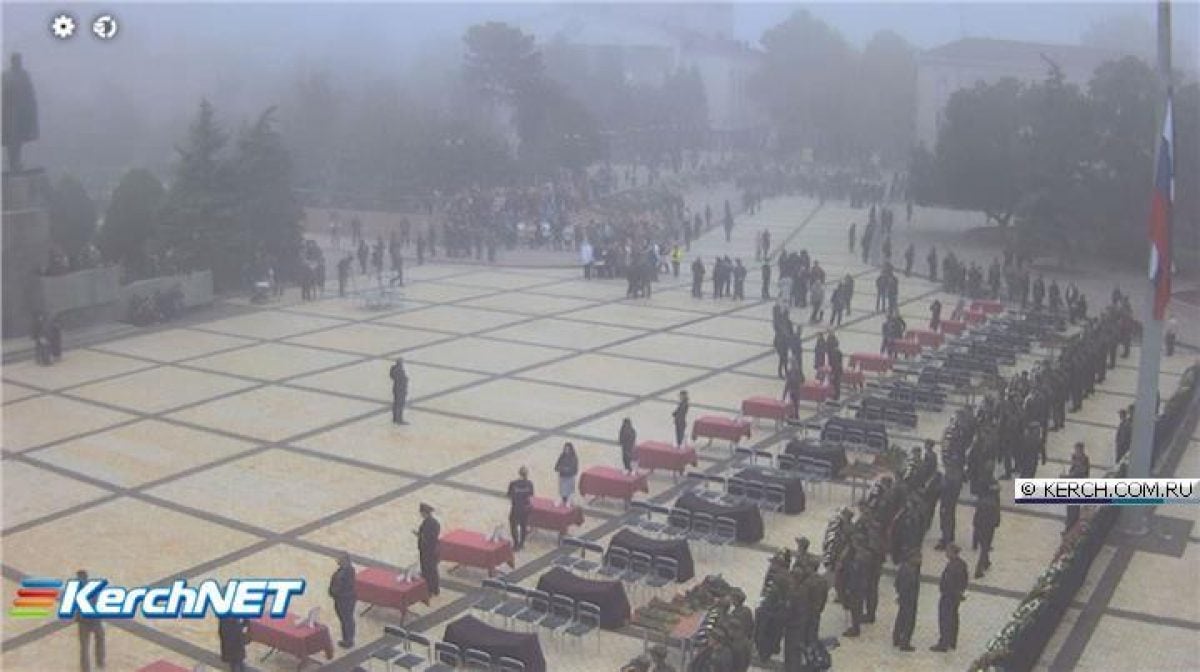 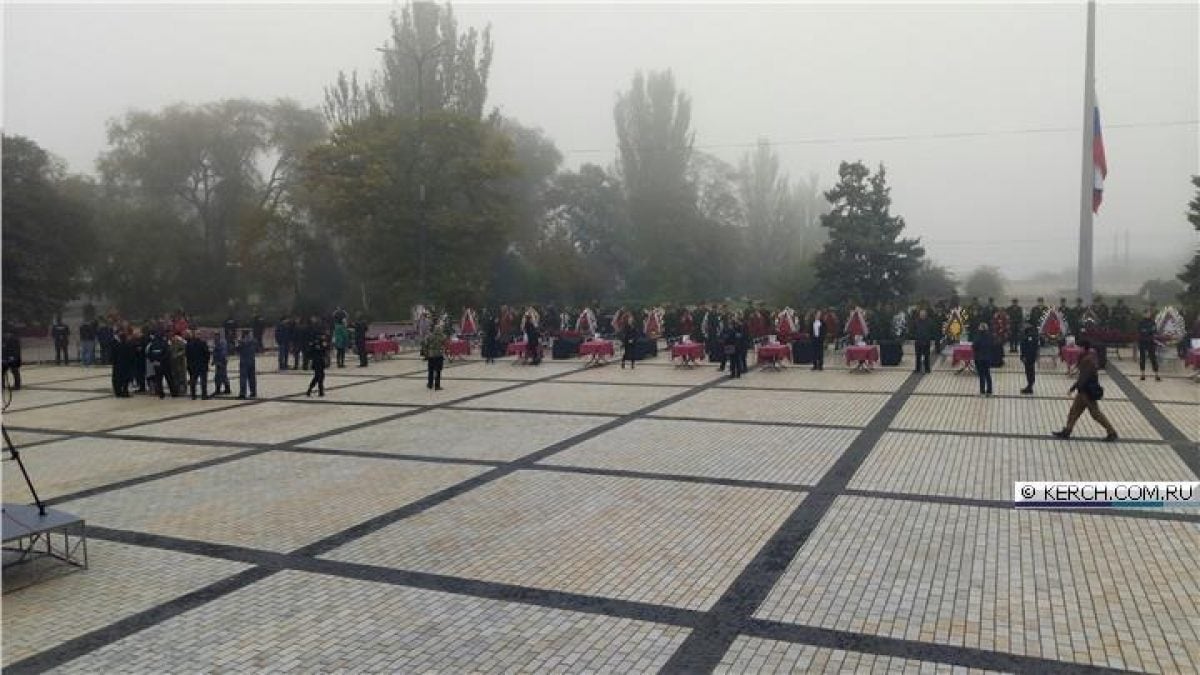 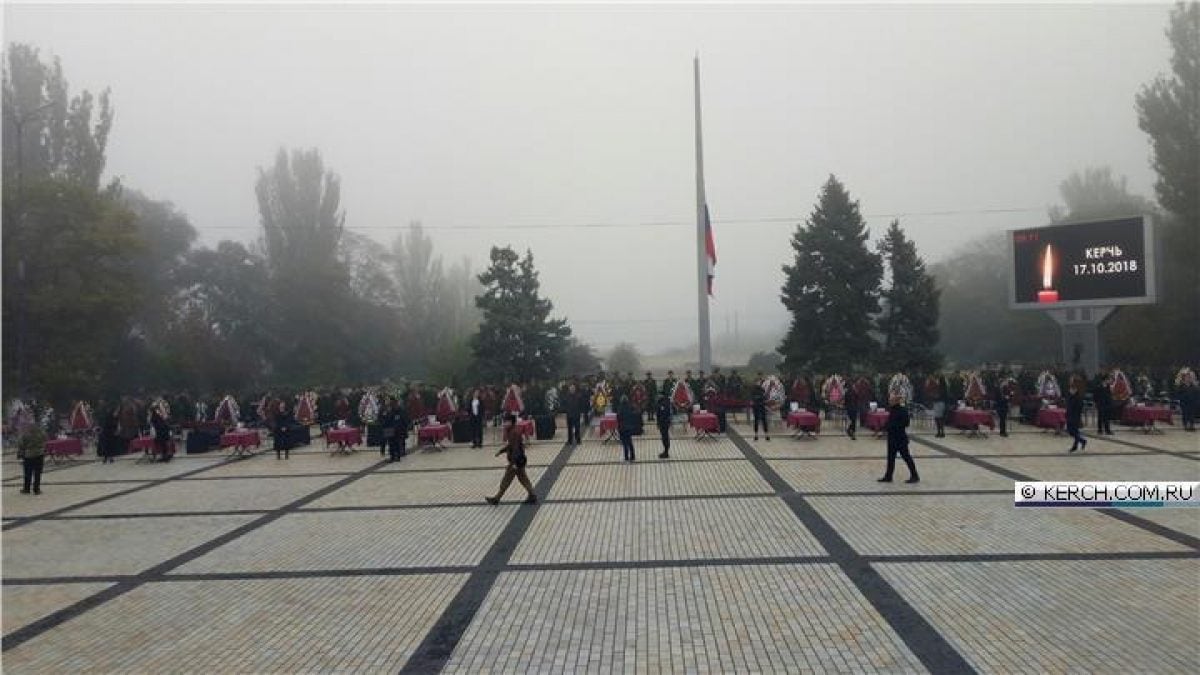 If you see a spelling error on our site, select it and press Ctrl+Enter
Tags:News of UkraineRussiaCrimeaUkraineshootingterroristattackKerch