Klimkin points to potential dangers for Ukrainians staying in Belarus 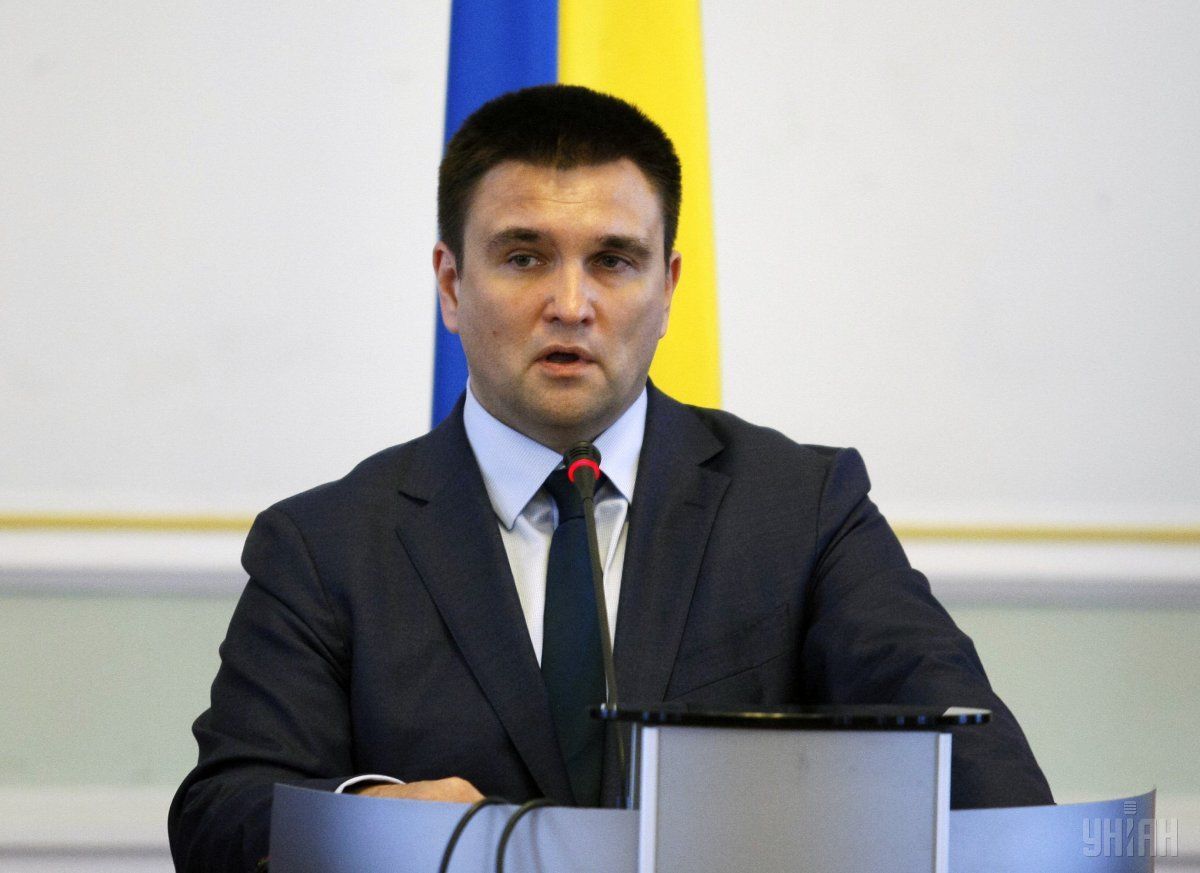 Ukrainian Foreign Minister Pavlo Klimkin says that it is potentially dangerous for Ukrainian nationals to stay in a neighboring Belarus.

In an interview with Poland's Rzeczpospolita, translated by the Ministry of Foreign Affairs of Ukraine, Klimkin said: “The stay of citizens of Ukraine on the territory of Belarus is potentially dangerous, and we will talk about this with Minsk. We understand that Russian authorities operate in Belarus. Russia is present there in the security field. But in bilateral relations, political and economic ones, we have no big problems. Again, this is about Russia that is trying to destabilize the Central and Eastern Europe. Besides, it is trying to bring the EU to a split. I believe that this is our common Ukrainian-Polish challenge, and therefore we must cooperate in our region,” said Klimkin.

Trumped-up charges have been pressed against the teenager under Article 205 of the Criminal Code of the Russian Federation (an act of terrorism). Russian investigators accused Pavlo Hryb of allegedly plotting a terrorist attack at a school assembly in Sochi.  Pavlo Hryb pleads not guilty.

He is diagnosed with portal hypertension, which requires a daily intake of necessary medications and a special diet, the lack of which could become fatal.

Read alsoUkrainian journalist Sharoiko sentenced to eight years in prison in Belarus for "espionage"
A UA: Ukrainian Radio and former UNIAN correspondent in Minsk Pavlo Sharoiko was detained in Belarus on October 25, 2017, on suspicion of espionage, but the fact of his arrest was made public only on November 17, 2017. The Belarusian security agency claimed that Sharoiko is a career staff employee of the Ukrainian intelligence service.

The Ukrainian Defense Ministry's Main Intelligence Department confirmed that Sharoiko had headed the department's media liaison office but he resigned in 2009 for health reasons. Ukrainian Minister of Foreign Affairs Pavlo Klimkin later said that recent attempts to detain Ukrainian citizens in Belarus and accuse them of espionage were absolute nonsense.

In May this year, the Supreme Court of Belarus sentenced a Belarusian-based correspondent of, Ukrainian citizen Pavlo Sharoiko to eight years in prison.

If you see a spelling error on our site, select it and press Ctrl+Enter
Tags:News of UkraineRussiaBelarusborderKlimkinthreatriskLetMyPeopleGoHrybPavloSharoiko