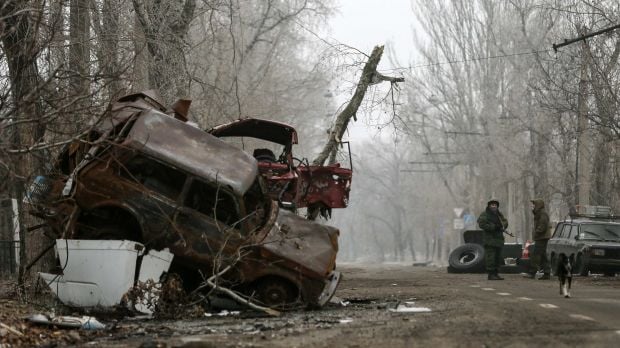 According to the report, 481.2 kilometers of public roads in the territory controlled by the Ukrainian authorities have been destroyed as a result of military clashes between the Ukrainian armed forces and Russian-backed militants. The total amount of damage to roads will cost UAH 1.177 billion to repair. Thirteen bridges and overpasses with a combined length of 882.3 meters have also been destroyed.

As UNIAN reported earlier, the Ukrainian government has said it plans to allocate UAH 3.4 billion for the reconstruction of roads.

It was also reported that in late October, the head of the State Road Service of Ukraine Ukravtodor Serhiy Pidhainiy said repairs to roads and road infrastructure damaged by military operations in eastern Ukraine would cost UAH 2.283 billion.