Zakharchenko: no rotation of Ukrainian troops, handing over wounded at Donetsk airport 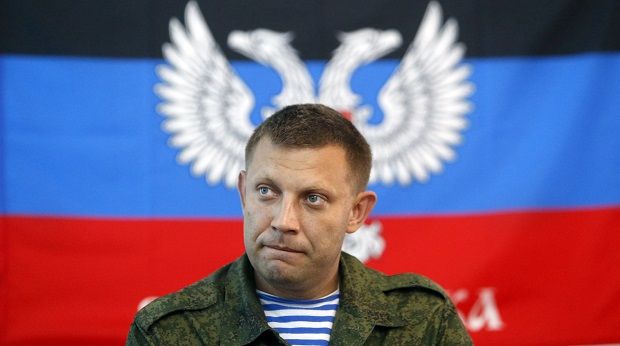 "Donetsk has returned to life as it was before the previous peace talks," Zakharchenko said.

"The Ukrainian authorities have been shelling Donetsk for three days. Judging by its actions, Ukraine has decided to withdraw unilaterally from the memorandum on a ceasefire, although they haven’t officially declared war on us."

Zakharchenko said he was ready for talks, but he sees no sense in them and he is already tired of them.

"If we understand that this conflict can’t be solved peacefully, we will have to solve it by force," he said.

He also said that he saw no sense in allowing any more rotations of Ukrainian armed forces at Donetsk airport.

"I won’t hand over any wounded soldier. This is my official position," he said.

Zakharchenko claimed that the militants fired only in response to Ukrainian attacks. He said Ukraine was shooting at Horlivka, Donetsk and Dokuchaevsk.

National Security and Defense Council spokesman Andriy Lysenko, in contrast, told the journalists of Ukrainska Pravda that all the accusations of the militants were unsubstantiated.

"This is a provocation. The Ukrainian military have clearly complied with the ceasefire. They were shooting only in response [to being attacked]," he said.

"In Donetsk, our troops are located only in the new airport terminal. Our soldiers have groups of fire support, and during the attack they help them. Ukrainian troops don’t make any offensive actions toward Russian-backed insurgents," Lysenko said.