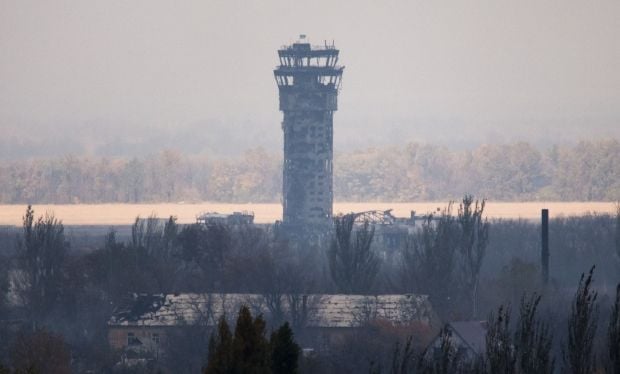 Hromadske.TV said the Ukrainian soldiers that are holding positions in the airport’s meteorological tower reported the destruction of the tower, and then the information was confirmed by the commander of the 1st assault company of the Right Sector volunteer corps, who has the call sign "Podolyanin."

According to the Ukrainian troops, the airport has been under attack since first light, starting from 0700. The militants are using artillery against the Ukrainian forces.

"There's no tower to be seen. There is smoke near the new terminal,"  eyewitnesses in Donetsk have written on social networks.