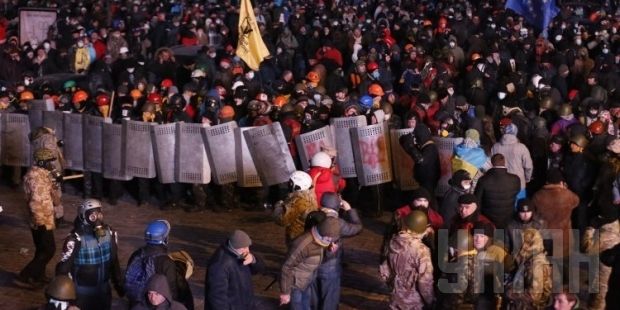 "The investigation carried out by the Ukrainian side has not been able to confirm or refute the charges or hints received by the delegation," the statement reads. Experts prepared the report based on the results of a visit to Ukraine they made in February 2014.

Committee experts also said that Ukrainian law enforcement officers resorted to violence when arresting the protesters on the Maidan (Independence Square in Kyiv) in 2014.

"The law enforcement agencies that apparently abused protesters consisted mainly of members of the Berkut special riot police, which has been disbanded, as well as riot police from [Ukraine’s] internal troops," the document says.

In Kyiv, the delegation of the Council of Europe Committee collected numerous reports and evidence of ill-treatment of participants of the Maidan on the part of police and "a group of unknown persons in civilian clothes, who collaborated" with the security forces. People said that they were beaten "with rubber truncheons, other solid objects until they stopped moving or lost consciousness."

The committee members claim that deliberate ill-treatment by law enforcement officials against activists of Euromaidan was used in an attempt to establish order, and was approved by the authorities.

In some cases, experts say, the ill-treatment was of such a nature that it can be considered torture.

The report says that the lack of identification marks on uniforms of law enforcement officers is one of the main factors impeding further investigation of ill-treatment of protesters by the police during the Maidan protests.

Earlier, the Ukrainian Security Service claimed the Russian Federal Security Service was involved in committing crimes against Euromaidan activists, in particular the killing of civilians during the protests in Kyiv in early 2014.