Ten people were killed and another 13 wounded in east Ukraine on Tuesday when a passenger bus was hit by a shell fired by Russian-backed militants, head of the Interior Ministry in Donetsk region Viacheslav Abroskin has written on Facebook. 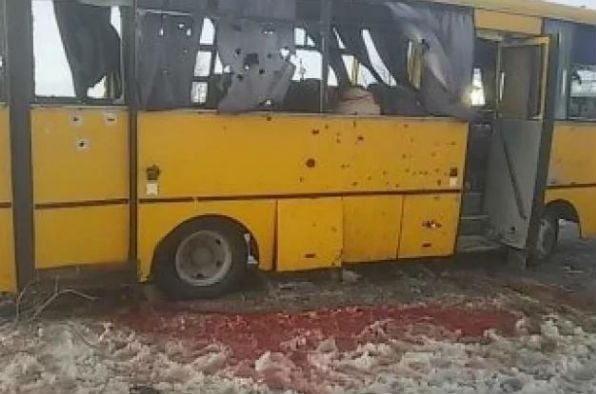 The tragedy occurred when militants were attempting to carry out an artillery strike on a checkpoint of the ATO forces near Volnovakha, Abroskin wrote.

"Half an hour ago Russian-backed insurgents fired artillery at a checkpoint of the Ukrainian armed forces near Volnovakha from Dokuchaevsk," he said.

"They made a direct hit on a passenger bus. As of now, ten people have been killed, and another 13 injured. The information has to be confirmed," Abroskin said.

"An investigative group of the Interior Ministry in Donetsk region is working at the scene now," he added. 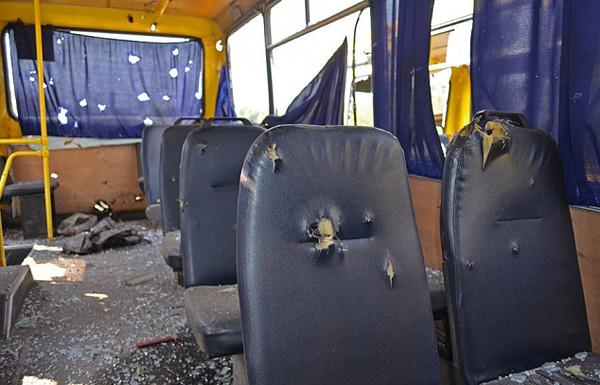 Photo from twitter.com
If you see a spelling error on our site, select it and press Ctrl+Enter
Latest news