Elina Svitolina won the biggest title of her career. 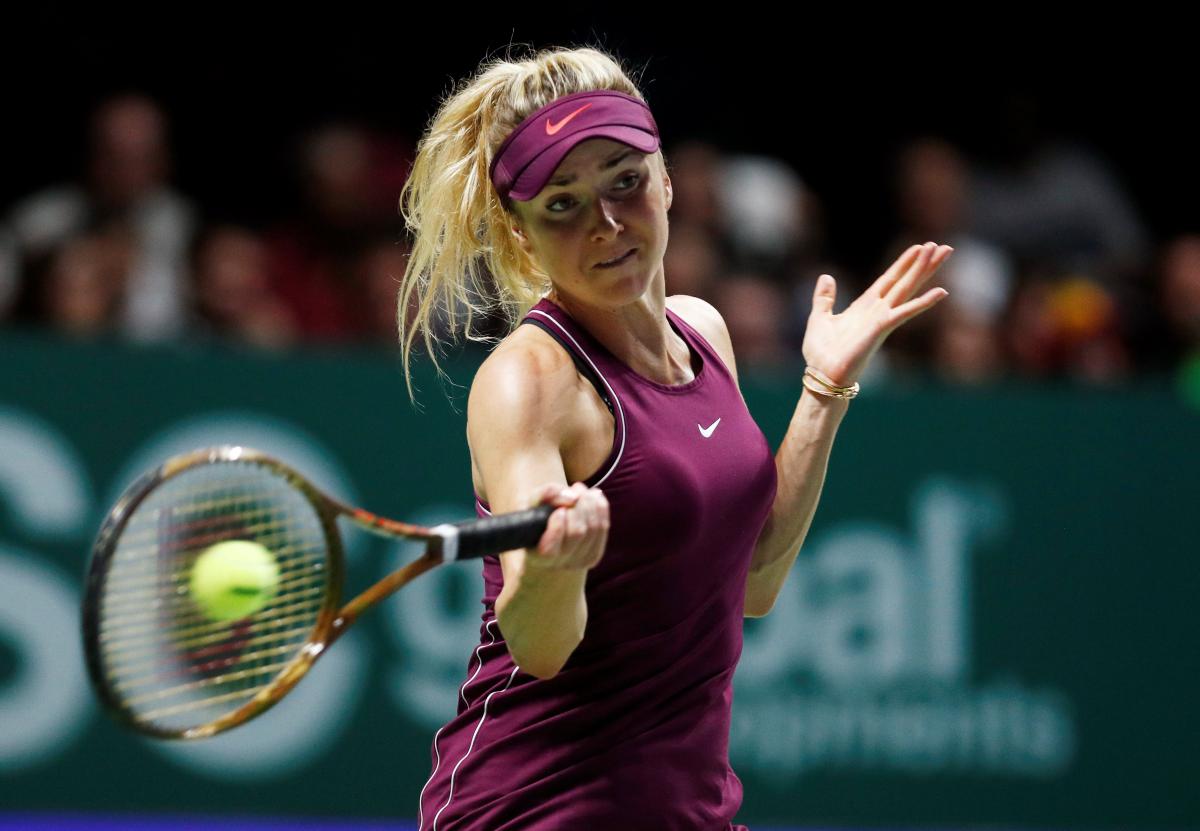 Elina Svitolina's exceptional event in Singapore came to an excellent end, as the 6th-seeded Ukrainian claimed the biggest title of her career on Sunday by defeating No.5 seed Sloane Stephens of the United States, 3-6, 6-2, 6-2, to win the 2018 BNP Paribas WTA Finals Singapore presented by SC Global championship on Sunday.

After falling in the round-robin in her debut appearance last year, Svitolina won all five of her singles matches this year to attain the crown-jewel season-ending championship and extend her career record in WTA finals to a staggering 13-2, the WTA said on its website.

Svitolina finishes 2018 with four titles, adding Singapore to her roster of trophies throughout the year, which include Brisbane, Dubai, and Rome. She leveled her head-to-head record against Stephens to 2-2 (1-1 in 2018) after Sunday's grueling two-hour and 23-minute victory.

Svitolina was always fighting from behind in the opening set, dropping serve in her first service game at love to hand Stephens a swift 2-0 lead. The American had to stave off two break points in the next game, but was able to claw through to a hold for 3-0 behind some dominating play from the forehand wing.

Svitolina was in a dire position at 4-1, facing triple break point, but the Ukrainian suddenly used tremendous crosscourt angles to extricate herself from trouble and reel off five straight points to hold and pull to 4-2. The Ukrainian was then inches away from getting back on serve, but Stephens regrouped to save two break points, with winners from both sides, to hold for 5-2.

After all the twists and turns and break points which came and went, the solitary early break held up through the whole set and Stephens took the one-set lead after holding for 6-3. Stephens had five more winners and only one more unforced error than Svitolina in the set.

But Svitolina began to take command in the second set. Forehand errors by Stephens at critical times caused her to drop serve for the first time in the match and hand Svitolina a 3-1 lead in the set. However, Stephens again used her sturdy forehand to break right back and climb back on serve at 3-2.

Svitolina, however, kicked her impressive defensive skills into overdrive as the set progressed. The Ukrainian extended rallies past their breaking points until she could find winners, exemplified by the point she used to break Stephens for 4-2, where she rain everything down until she found a stunning backhand pass for the winner.

Stephens had chances in the next two lengthy games to stay with Svitolina, but the Ukrainian held for 5-2 with well-timed big serves, and broke Stephens once more to win the set. Both players had eight winners in the set, but Stephens had triple Svitolina's unforced errors: 18 to six.

In the decider, Svitolina kept up her incredible angles and pinpoint accuracy to edge ahead with the first break 2-0. Stephens held three break points in the next game, which all went begging, letting Svitolina go up 3-0 via consecutive volley winners. But after a quick hold, Stephens got back on serve with a blistering overhead, pulling back to 3-2.

Svitolina, though, took over from there. Stephens hit a heap of miscues to drop serve again, and Svitolina consolidated for 5-2 after a blistering backhand crosscourt pass found the line on game point. The American dropped serve once more after a rash of errors, sending Svitolina down on the court in joy as she obtained the most prestigious trophy of her life.

.@ElinaSvitolina receives the @BillieJeanKing Trophy from the legend herself! #WTAFinalspic.twitter.com/UMgpof3GZD