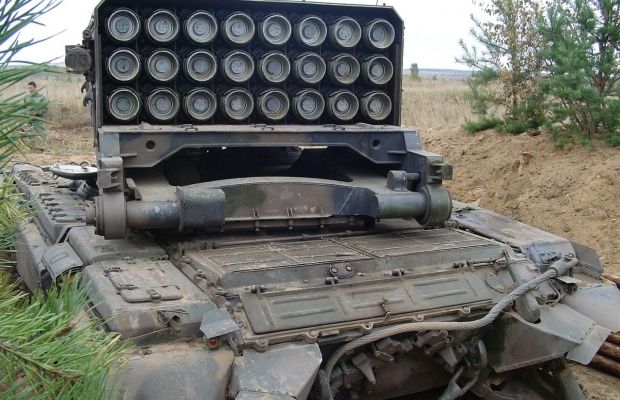 "Last night, for the first time in the armed conflict the illegal armed groups used 220-millimeter TOS-1 Buratino thermobaric rocket system, with which they shelled the outskirts of the village Shastya," he said.

The TOS-1 Buratino system is not used by Ukraine. If it was indeed used by the militants, it was most probably supplied recently by Russia.

According to Moscow’s commitments under the Minsk Protocol of September 19, Russia pledged to withdraw its fighters, mercenaries, regular soldiers and weapons from Ukraine's Donbas region.