Wednesday has been declared a day of mourning in Donetsk region to mark the deaths of 12 people in a bus shelled by Russian-backed militants in Volnovakha, the press service of the Donetsk Regional State Administration reported on Wednesday. 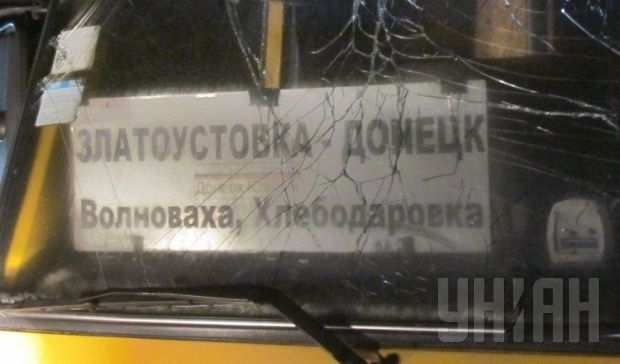 "It is instructed by the order to lower a national flag of Ukraine, and the region’s flag on houses and buildings of state authorities, local governments, enterprises, institutions and organizations", according to the State Administration.

It also said that the regional state administrations, local authorities, enterprises, institutions, and other organizations, regardless of their form of ownership, are advised to refrain from holding concerts, entertainment or sporting events.

As reported yesterday, on January 13 at around 1430 militants in Dokuchaevsk fired shells at a Ukrainian checkpoint near Volnovakha as a passenger bus was passing by. Ten passengers were killed at once and 18 more hospitalized with injuries of varying severity. Later, two more people died of their injuries in hospital.