Officials in Ukraine say it's a national record. 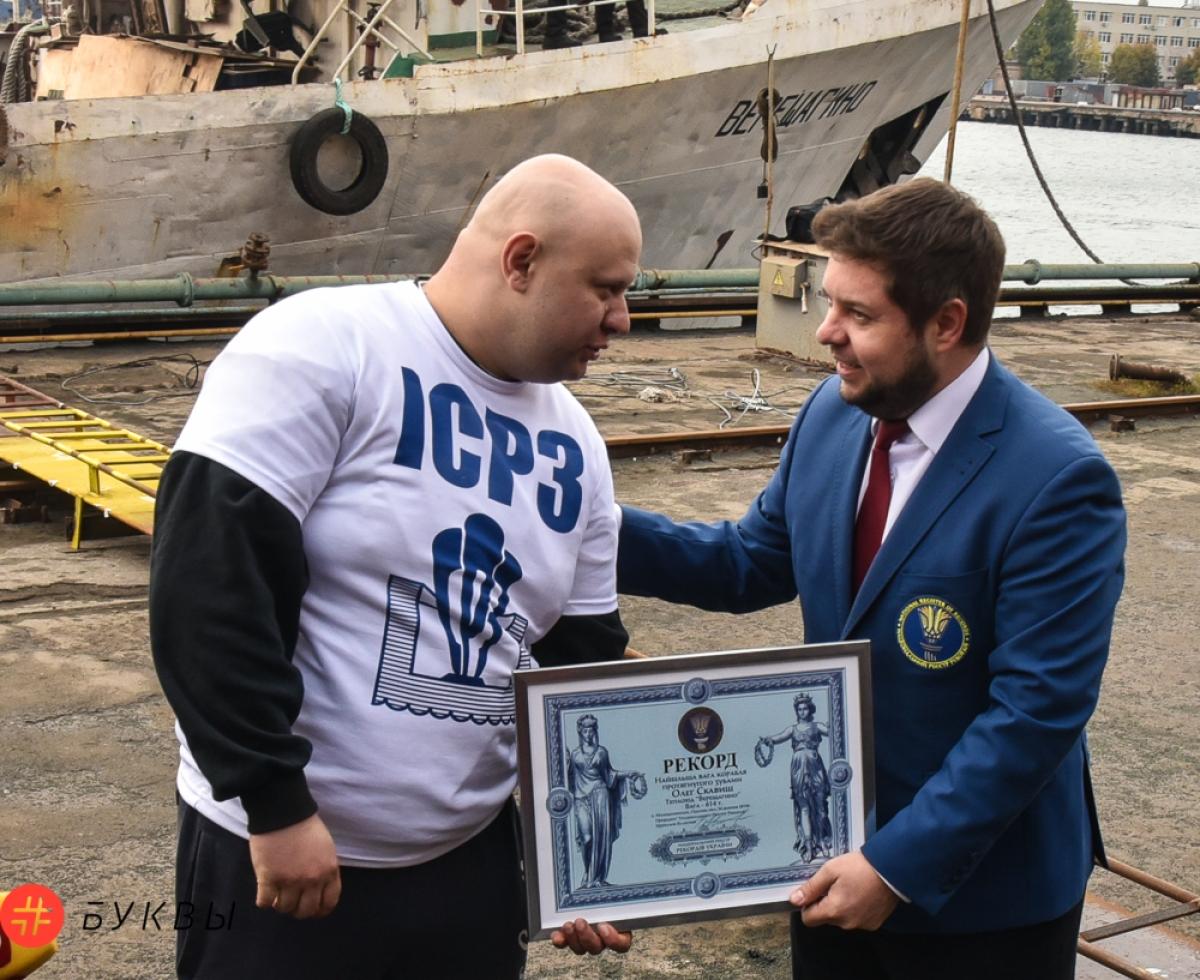 A man from Ukraine has successfully pulled a 614-tonne cargo ship – with his teeth. It's just the latest bite at world fame by "Tug-Tooth" Skavysh.

Oleg "Tug-Tooth" Skavych is a pedestrian from Lviv. He attempted to pull a 614-tonne cargo ship, the Vereshchagino, over 16 meters with his teeth, RFE/RL reported.

Officials in Ukraine say it's a national record.

If certified by the Guinness Book of World Records, it would devour the global mark of 15 meters by Omar Hanapiev of Russia in 2001. He pulled a ship with only 567 tons of displacement.

"My congratulations on registering the new Ukrainian record and I hope that we have certified a world record. Best of luck!" said Dmytro Yaisky, a representative of the Ukrainian National Registry of Records.

Whatever the wisdom of doing this, he's given the Guinness people something to chew on.

If you see a spelling error on our site, select it and press Ctrl+Enter
Tags:News of Ukraineshiprecord