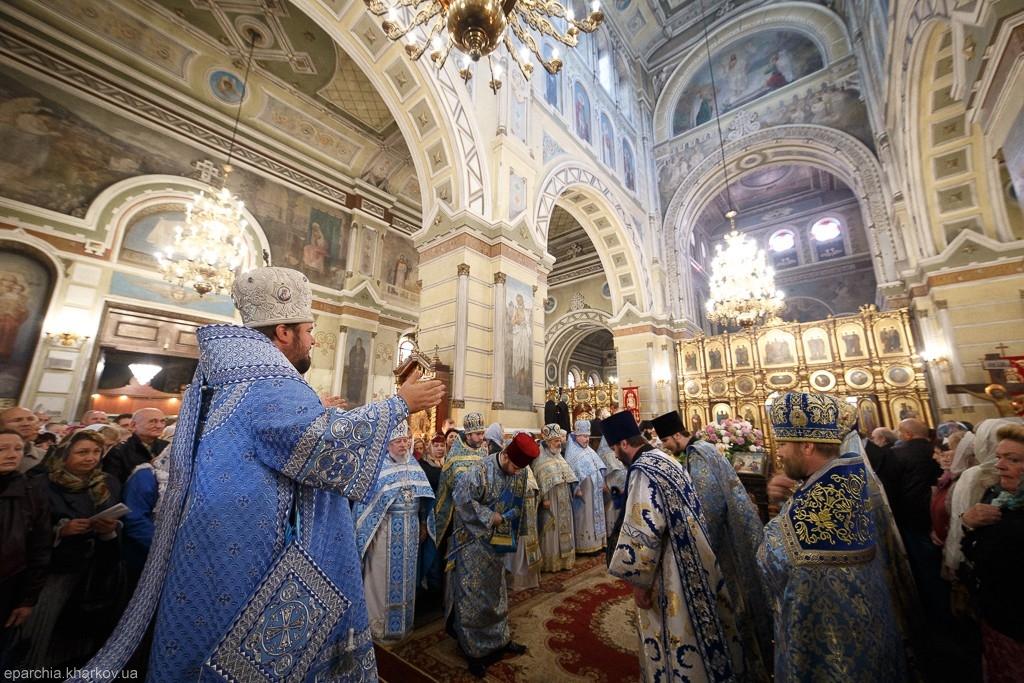 "The clergy that gathered, along with the bishop, showed loyalty to the canonical Ukrainian Orthodox Church and its primate, Blessed Metropolitan Onufriy of Kyiv and All Ukraine," the Diocese's press service said.

It is noted that Onufriy on October 1 headed the meeting of the priors of the city churches and heads of departments of the Kharkiv diocese.

As reported earlier, three lawsuits were filed with the Supreme Court of Ukraine against the decision of the Verkhovna Rada to support the appeal of President Poroshenko to the Ecumenical Patriarch for the provision of a tomos on autocephaly of the Ukrainian Orthodox Church.

As UNIAN reported earlier, Ecumenical Patriarch Bartholomew on October 22 said the Russian side would have to accept the decision of Constantinople on the Ukrainian church issue. "Whether our Russian brothers like it or not, sooner or later they will follow the decisions that the Ecumenical Patriarch has made since they have no other choice," he said.

Following a meeting of the Holy Synod, a decision was announced on October 11, stating that the Ecumenical Patriarchate proceeds to granting autocephaly to the Church of Ukraine. In addition, the legal binding of the Synod's letter of 1686 was abolished, thus taking the Kyiv Metropolis from under Moscow's canonical jurisdiction.

Also, head of the UOC of the Kyiv Patriarchate Filaret and head of the Ukrainian Autocephalous Orthodox Church Makariy were reinstated in their canonical status. The Kremlin vowed to protect the interests of Orthodox Church members in Ukraine "politically and diplomatically," claiming Moscow did not intend to interfere in the "interchurch dialogue."

On October 15, the Synod of the Russian Orthodox Church ruled to sever eucharistic communication with the Ecumenical Patriarchate of Constantinople.