Militants of the Luhansk People’s Republic organization carried out heavy shelling with artillery and Grad multiple rocket launchers on the village of Krymske in the Novoaidarskiy district of Luhansk region on Thursday and early Friday morning, Luhansk Regional Governor Hennadiy Moskal has reported. 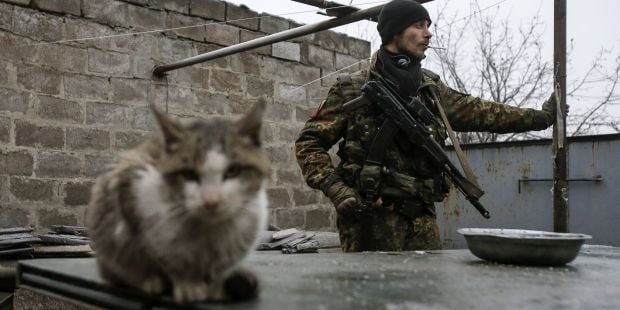 "The center of the village is burned with fire, and there were direct hits on houses, including a two-storey residential building," Moskal said.

"Three dozen houses have been completely destroyed, [and] some others have been damaged seriously. The power lines have been broken in the village - that’s why people have no light, no central water or normal communications. It was a miracle that there were no casualties and wounded. Now we’re making house calls to determine the extent of the destruction.

"Some time ago electricians from Lysychansk arrived in Krymske to repair power lines that were damaged by previous shelling, and now everything is broken again. The terrorists deliberately fire on the center of the village where there are no Ukrainian soldiers in order to destroy housing, infrastructure and to injure people.

"These freaks of the so-called ‘Russian world’ have no moral boundaries."