The cleric, who is a Ukrainian national, also appeared to be a holder of a valid Russian passport, the authorities say. 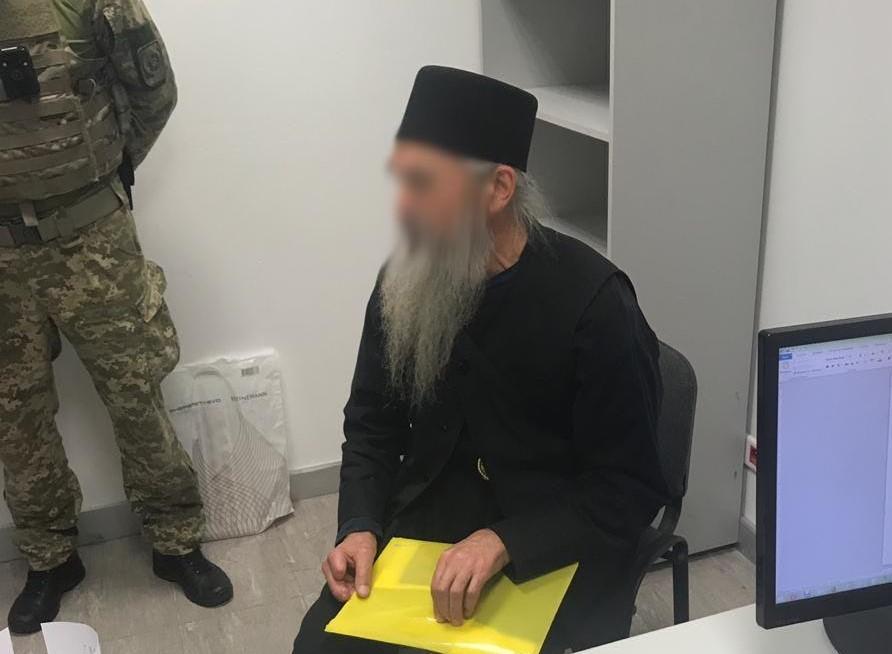 Photo from the State Border Guard Service of Ukraine

Ukrainian border guards detained at the Boryspil Airport near Kyiv a priest who had a forged Bulgarian travel document, the State Border Guard Service reported Thursday.

It was established that the cleric is a Ukrainian national who is also a holder of a valid Russian passport.

“He is a clergyman by profession, he previously lived and held sermons on Mount Athos. He needed a fake passport to live freely in the EU countries,” the statement reads.

The priest was charged with an administrative offense. Police officials have been notified of the incident.

As UNIAN reported earlier, the Chancellor of Moscow Patriarchate, Metropolitan Varsonofy of St. Petersburg and Ladoga in September was denied a Greek visa ahead of his planned pilgrimage to Athos.

"This is the policy of the Greek government. Now the priests of the ROC are perceived as potential spies and agents of influence," a source close to Constantinople told the BBC Russian Service.

Ukrainian President Petro Poroshenko on Wednesday said he believes that the Russian army and Russian church "have nothing to do" in Ukraine and that they should "go home."

If you see a spelling error on our site, select it and press Ctrl+Enter
Tags:News of UkraineRussiaKyivBulgariavisafreetravelBoryspilMoscowPatriarchatefakeborderguardspassportchurch