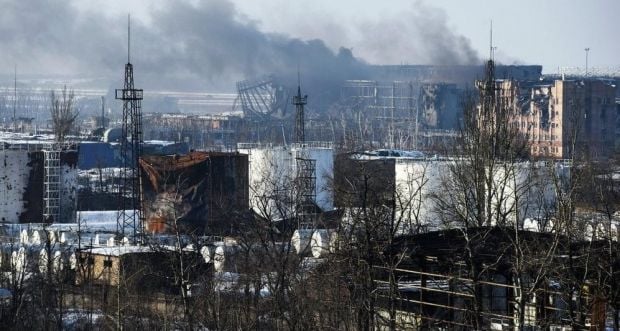 "Active military operations are underway on the territory of Donetsk airport to fight for militant-held areas. The enemy is suffering significant losses in manpower and equipment," the statement says.

Ukrainian officials claimed on Sunday to have retaken Donetsk airport, but produced no evidence to back up the claim. Footage aired by several Russian news channels on Sunday appears to show Russian-backed militants in control of a substantial part of the airport complex.

It also said Grad multiple rocket launcher systems were used by the militants to shell Donetsk, Shastya, Trekhizbenka, Stanitsa-Luhanska, Nyzhnie, Tonenke, and Talakivka. The militants twice attacked the villages of Pisky and Kirovske with rockets, it said.

The largest number of attacks occurred near Hnutovo, which was shelled eight times by the gunmen using mortars, anti-tank missiles and artillery.

"In just one day, the militants launched 99 attacks on ATO forces positions and human settlements," the statement reads.