PGO prepares documents for extradition of Yanukovych, Azarov and Kolobov 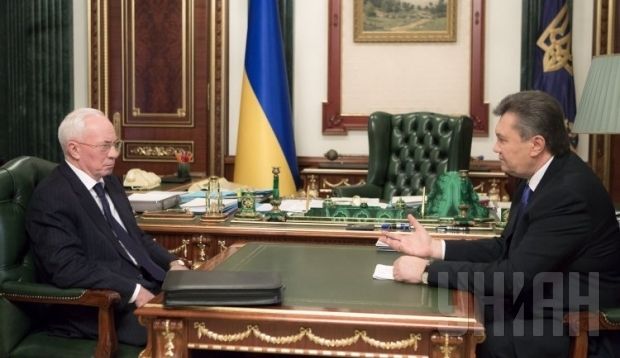 As reported earlier, the Prosecutor General's Office is carrying out pre-trial investigations in criminal charges against Yanukovych, Azarov and Kolobov under Part 5, Art. 191 of the Criminal Code "On misappropriation, embezzlement of property or its seizure by abusing office position and committed on a large scale or by an organized group."

These officials are suspected of the misappropriation of more than $220 million in public funds.

After the adding of Yanukovych, Azarov and Kolobov to the international wanted list was confirmed by Interpol, and thanks to evidence obtained during the investigation of the criminal proceedings, on January 19, 2015 the investigating judge granted a petition of the General Prosecutor's Office of Ukraine and made a ruling that these officials be taken into custody as a measure of pre-trial restraint, which is a prerequisite for the law enforcement agencies of foreign states for the extradition of suspects to Ukraine for criminal prosecution.

Criminal proceedings have also been initiated in Ukraine against Yanukovych, former Prosecutor General Viktor Pshonka and several other former officials on charges of murdering civilians. All of them are on the wanted list.

Criminal proceedings have been opened against a number of high-ranking officials that served under Yanukovych’s regime on charges of money laundering and the export of capital.

On January 16, Prosecutor General Vitaliy Yarema said that Ukrainian prosecutors were preparing the necessary package of documents for the extradition of Yanukovych, Azarov and other officials of Yanukovych’s regime who were declared wanted by Interpol.