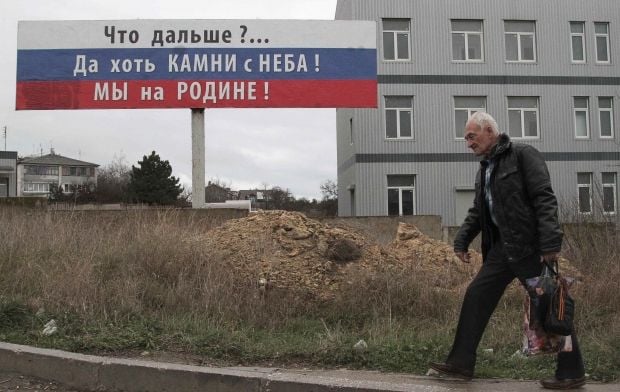 Since January 14 the Russian Immigration Service in occupied Crimea has prohibited under a special decree the prolongation of a "preferential" regime for stays of Ukrainian citizens on the peninsula.

In particular, the Crimean occupying authorities have assigned the general status of foreign citizens in the Russian Federation to Ukrainian internally displaced persons.

Ukrainians displaced from the Donbas cannot stay on the territory of the peninsula more than three months without a work permit, or for one year if they have such a permit issued by the occupying authorities in the annexed Ukrainian territory of Crimea.