All the 24 sailors have been detained for two months pending trial. 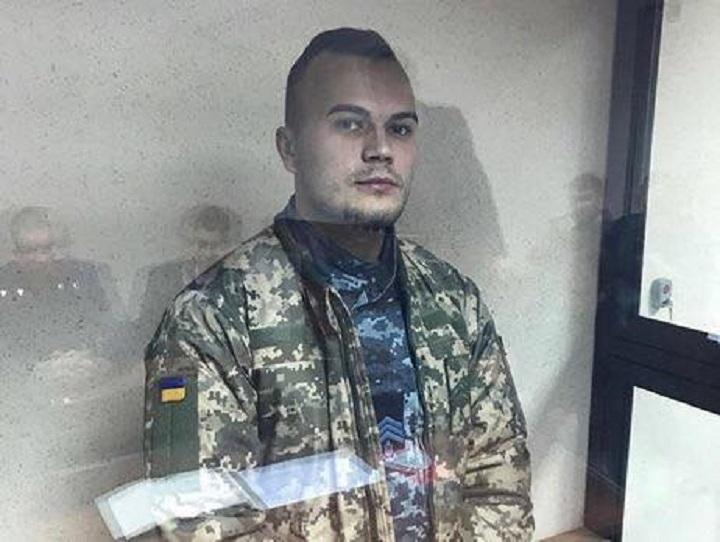 Commander of the Ukrainian Navy's tugboat Yany Kapu Oleh Melnychuk demanded a translator into Russian when the so-called "court" in Russian-occupied Crimea was selecting a preventive measure for him.

"Commander of the Yany Kapu tugboat Oleh Melnychuk said in the so-called 'court' that he does not understand the Russian language and demanded the translator," Member of Parliament of Ukraine Andriy Illenko wrote on Facebook on November 28. "A Ukrainian officer. A real Cossack."

Melnychuk, as well as commander of one of the two captured artillery boats Bohdan Nebylytsia, commander of a naval division Denys Hrytsenko and SBU officer Andriy Drach were among those remaining nine Ukrainian sailors who were detained for two months in keeping with a Crimean "court" ruling on November 28. Thus, all 24 Ukrainian sailors captured by Russian forces near the Kerch Strait in the Black Sea on November 25 were remanded in custody for two months.

As UNIAN reported earlier, two Russian-controlled "courts" in the Russian occupied cities of Kerch and Simferopol on November 27 ruled that 15 Ukrainian sailors be remanded in custody until January 25. Three of them – Andriy Artemenko, Andriy Eyder and Vasyl Soroka, who were wounded amid the Kerch Strait skirmish – were arrested in hospital.

All the sailors are charged with trespassing the Russian border under Part 3 of Article 322 of the Criminal Code of the Russian Federation and facing imprisonment for up to six years.

If you see a spelling error on our site, select it and press Ctrl+Enter
Tags:News of UkraineoccupiedCrimeacourtrulingsUkraineNavy