Gvozdyk finished off 'Superman' beautifully late in the fight to claim the belt. There's a new king of the light heavyweight division. 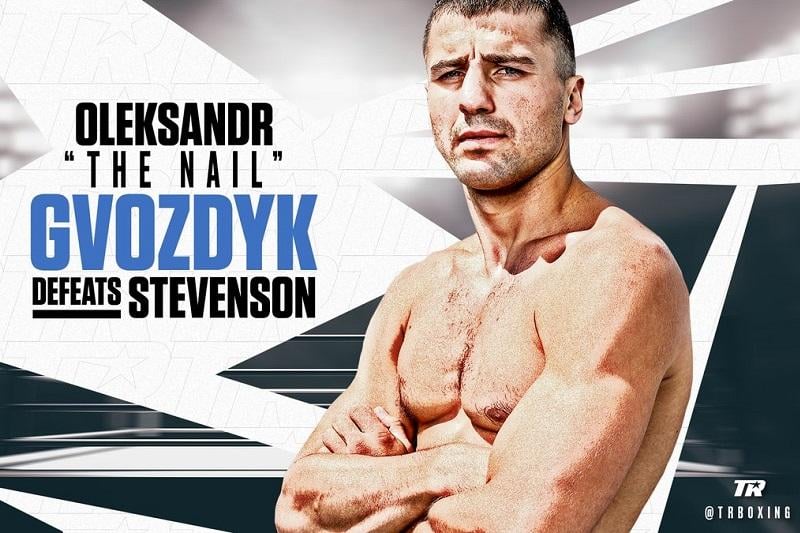 The 41-year-old Stevenson (29-2-1, 24 KOs) entered the fight as boxing's oldest and longest-reigning champion. He left it exhausted and on his back after referee Michael Griffin jumped in to wave off the fight without a count at Centre Videotron in Quebec City, CBS Sports reported.

Stevenson, who began his reign with a one-punch knockout of Chad Dawson in 2013, succumbed to a flurry of clean punches and slumped into the corner. Despite the dominance of Stevenson's run as light heavyweight champion, which included nine title defenses, he was routinely criticized for avoiding big punchers Sergey Kovalev and Eleider Alvarez.

The victory was nothing short of a statement from Gvozdyk (16-0, 13 KOs), a 2012 bronze medalist, who shook off a poor and passive showing in the opening two rounds to stop Stevenson in the opening seconds of Round 3 with a big right hand. The knockout was missed by Griffin, however, and was incorrectly ruled a slip.

From that point forward, the fight was all Gvozdyk as the 31-year-old showcased his strong amateur pedigree by sidestepping Stevenson's powerful left hands repeatedly and countering with clean shots.

Gvozdyk, a mandatory challenger who is promoted by Top Rank, looked fantastic in his first bout with veteran trainer Teddy Atlas and was never in trouble save for a hard left hand in Round 10 from Stevenson that knocked him back into the ropes.