Ukraine offered to hand over 23 Russian detainees in exchange for 23 Ukrainian political prisoners held in Russia, as well as to pardon 66 so-called separatists in exchange for the release of 19 Ukrainian military held by Russian-backed militants in Donbas. 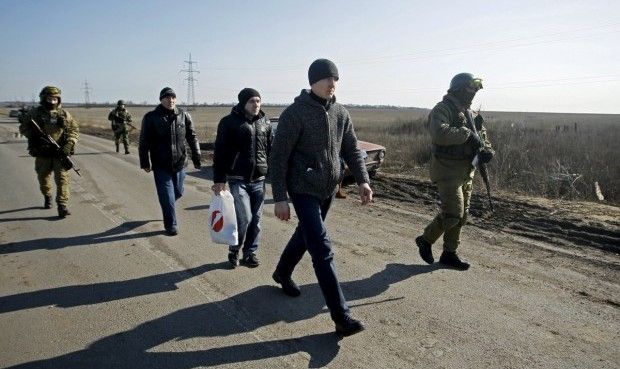 Russian delegation at the Donbas settlement talks in Minsk refused Ukraine's offer to exchange hostages on December 27, according to first deputy chair of the Verkhovna Rada, Ukraine's humanitarian envoy to the Trilateral Contact Group,  Iryna Gerashchenko.

"The Ukrainian side once again conveyed its proposal to release the arrested Russians in exchange for Ukrainians held in Russian prisons and to pardon separatists in exchange for Ukrainians held in the occupied territories. We passed specific lists and proposals in the format of 23/23 and 66/19 with a proposal to release our military and civilians from the occupied regions of Ukraine ahead of the New Year and Christmas holidays," Gerashchenko wrote on Facebook.

"We are ready to repeat last year’s success and hold the next stage of liberation on December 27. Unfortunately, the Russian Federation and its puppets refused another initiative of Ukraine and thwarted the proposal to release Ukrainians. Responsibility for blocking hostage release lays completely on the Russian side," she emphasized.

As UNIAN reported earlier, on December 27, 2017, a hostage exchange was held in Donbas. Ukraine handed over 233 convicts detained in connection with the war in the east who had been serving their sentences in Ukrainian prisons in exchange for 73 Ukrainian hostages. Among the released Ukrainian hostages were 32 military and 41 civilians.

If you see a spelling error on our site, select it and press Ctrl+Enter
Tags:News of UkraineDonbasMinskTalksGerashchenkopoliticalprisonershostageswapTCGLetMyPeopleGoprisonerswap