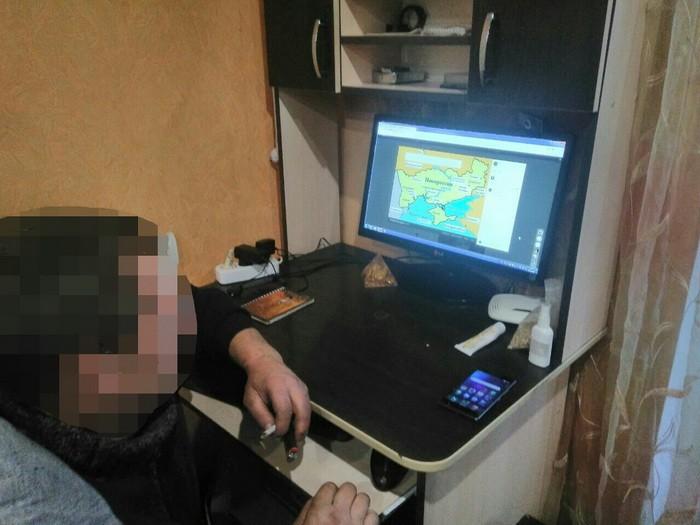 Security officials exposed a disinformation campaign orchestrated from Russia and occupied Crimea, aimed at sowing panic among Ukrainian users of social networks against the background of the recent introduction of martial law.

During a raid in Dnipropetrovsk region, a local resident was revealed who had been recruited to become one of the provocateurs working "in the field" as part of the scheme. The suspect would post on social networks public calls for violating Ukraine's integrity.

Security officials got hold of the man's electronic correspondence with Russian nationals and Crimea residents who had tasked him with distributing provocative material, the SBU press service reported Tuesday.

Among the material forwarded for posting there were reports on the alleged "legality" of actions of the Russian forces near the Kerch Strait during their attack on the Ukrainian naval vessels, as well as condemnation of the actions of the Ukrainian sailors, according to the SBU report.

It is noted that the revealed network of provocateurs was deliberately set to involve Ukrainian nationals, to better adapt fake news for the local population and create the illusion of “truthfulness” of messages spread.

As UNIAN reported earlier, the Verkhovna Rada of Ukraine on the evening of November 26 supported the introduction of martial law in several regions of Ukraine and in the internal waters of the Azov-Kerch water area. Martial law is introduced in 10 regions of Ukraine: Vinnytsia, Odesa, Mykolayiv, Kherson, Zaporizhia, Donetsk, Luhansk, Kharkiv, Sumy, and Chernihiv regions.

If you see a spelling error on our site, select it and press Ctrl+Enter
Tags:News of UkraineprovocationhybridwarRussianPropagandamartiallawsocialnetworksdisinformationinfowars