The SBU Security Service of Ukraine made the relevant decision, the border guards' spokesman said. 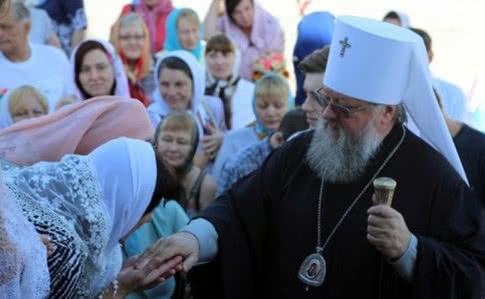 Speaker of the State Border Guard Service of Ukraine Oleh Slobodyan says Metropolitan of Donetsk and Mariupol of the Ukrainian Orthodox Church of the Moscow Patriarchate (UOC-MP) Hilarion has been denied crossing the contact line in Donetsk region in Donbas.

"Of course, I can confirm the fact," he said on December 10, adding that the decision had been taken by the SBU Security Service of Ukraine.

The UOC Information and Education Department earlier reported that on December 9, the Ukrainian authorities did not allow the ruling bishop of the Donetsk-Mariupol diocese of the UOC-MP, Metropolitan of Donetsk and Mariupol Hilarion to cross the demarcation line at the Novotroitske checkpoint.

The Metropolitan was going from the occupied city of Donetsk to worship in the Holy Assumption Mykolo-Vasylivsky Monastery in the village of Mykilske in Donetsk region's Volnovakha district.

As reported earlier, the SBU recently raided the premises of UOC-MP offices in several regions of Ukraine as part of the investigation, including into inciting hatred.