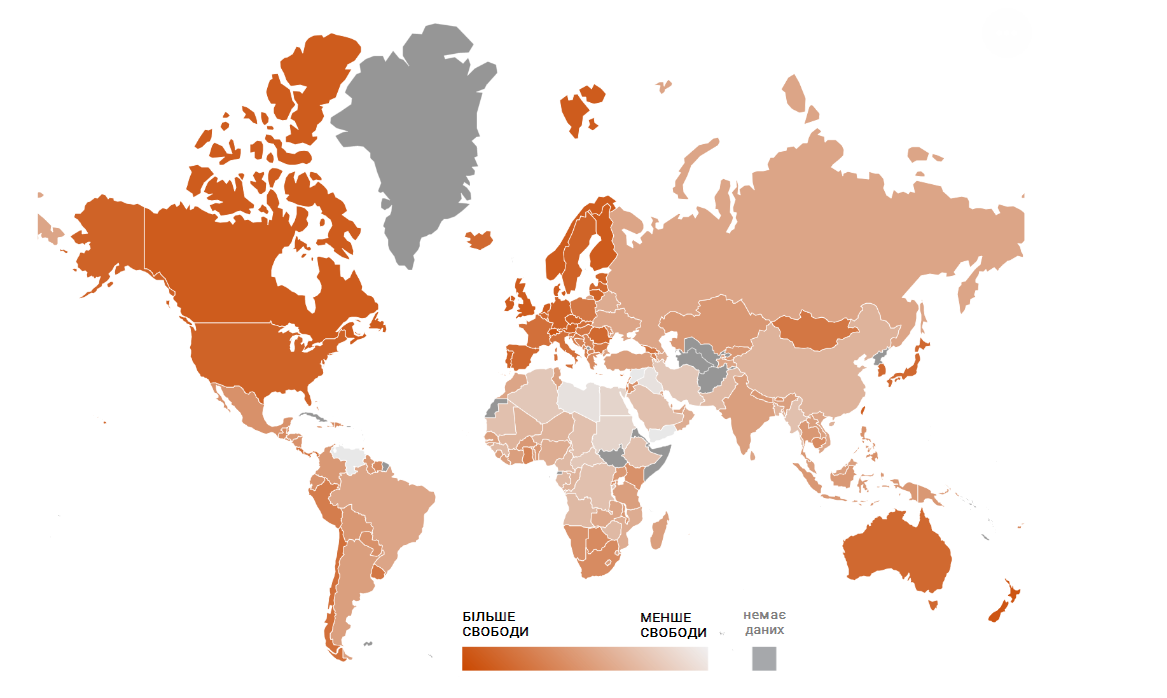 Ukraine has climbed 16 positions in the 2018 Human Freedom Index ranking, according to the Institute for Economic Research and Policy Consultations, with reference to the report by the Cato Institute and Friedrich-Naumann-Stiftung für die Freiheit.

In a report released on Human Rights Day, Ukraine has jumped on 118th place, squeezing in between the United Arab Emirates (117) and Togo (119), IRE reported on Facebook.

It is also important that Ukraine made the biggest step forward among all participants, rocketing by 16 positions this year.

The index is calculated based on 79 indicators of personal, public and economic freedom, with the use of data for the period of 2008-2016.

As reported earlier, Ukraine was 88th in the global quality of life ranking by the Nations Development Program (UNDP). The best human development index in 2017 was recorded in Norway.

If you see a spelling error on our site, select it and press Ctrl+Enter
Tags:News of Ukrainefreedomreporthumanrightsindex