The video is also available on the Ukrainian Navy's official page on Facebook. 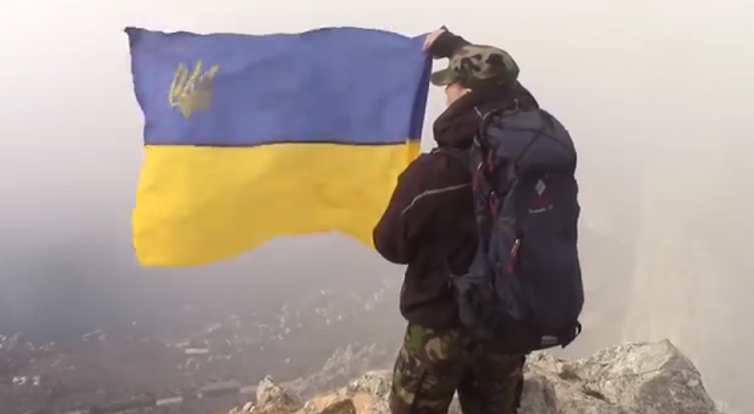 Volunteers of the InformNapalm international intelligence community have unfolded the flag of Ukraine on the summit of a mountain near in the Laspi Pass in Russian-occupied Crimea in support of the 24 Ukrainian sailors captured by Russian special forces off the coast of Crimea on November 25.

"A member of the InformNapalm group climbed the mountain at the Laspi Pass in the Crimean mountains, unfolded the flag of Ukraine and read a patriotic poem by a modern Sevastopol poet written according to patterns of Taras Shevchenko's 'Zapovit' ('Testament')," the news outlet Krym.Realii quoted the Ukrainian QHA media agency.

The video is also available on the Ukrainian Navy's official page on Facebook.

The Laspi Pass is the highest point of the Sevastopol-Yalta highway.

If you see a spelling error on our site, select it and press Ctrl+Enter
Tags:News of UkraineRussianAggressionoccupiedCrimeaPOWs