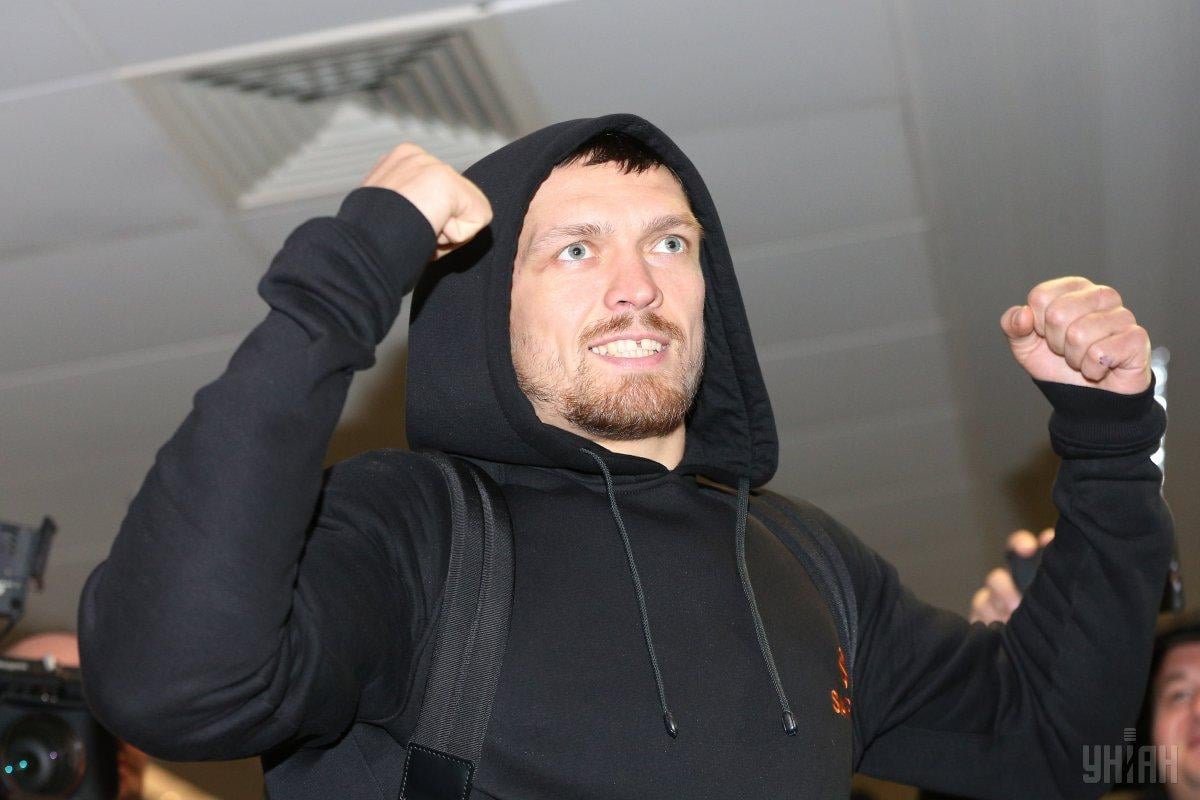 Some years there is an honest debate over who warrants fighter of the year honors. There might be two or three worthy candidates and it can be a tough call.

This year it was as easy as it gets to pick undisputed cruiserweight world champion Oleksandr Usyk as the 2018 ESPN.com fighter of the year.

Usyk already had a resume stuffed with impressive accomplishments before the year began. He won the heavyweight gold medal at the 2012 Olympics. And in his 10th professional fight, he outpointed Polish star Krzysztof Glowacki – in Poland – to take his cruiserweight world title to break the division record for fewest fights needed to win a world title, surpassing the great Evander Holyfield, who won a cruiserweight belt in his 12th fight.

But in 2018, Usyk added considerably that resume with a fantastic year in which he made more history.

Usyk (16-0, 12 KOs), 31, of Ukraine, went 3-0 with each of the victories coming in his opponent's home country. He won the Muhammad Ali Trophy as the victor in the eight-man World Boxing Super Series tournament and in the process became the undisputed cruiserweight champion, the first in that division in the four-belt era and only the fourth fighter overall to become an undisputed champion in the four-belt era as he joined middleweights Bernard Hopkins (2004) and Jermain Taylor (2005) and junior welterweight Terence Crawford (2017).

In January, in the WBSS semifinals, Usyk traveled to the hometown of Mairis Briedis in Riga, Latvia, and won a majority decision to unify two of the major 200-pound world titles.

In July, in the WBSS final, Usyk traveled to Moscow to face fellow two-belt titleholder Murat Gassiev on his Russian turf and cruised to a virtual shutout to unify all four major titles in a virtuous performance.

For good measure, Usyk returned in November and traveled to Manchester, England, to defend all the belts against Brit Tony Bellew, a former cruiserweight titleholder who had been fighting as a heavyweight but came down in weight for the fight. Usyk scored a sensational one-punch knockout in the eighth round to put a big bow on his tremendous 2018.

Manager Egis Klimas strongly believed that Usyk deserved acclaim as the fighter of the year.

"Only one thing can keep somebody away from not voting for him as the fighter of the year and that's because he didn't fight in the United States this year," Klimas said. "All of his fights were outside of the United States – Latvia, Russia and the U.K. He fought on the road all of his fights and he won them all. He made history. It was the best year for him. He won the Muhammad Ali Trophy. He unified all four titles. He never fought in his backyard, always on the road. I don't see another name that can compare to him."

Nobody did compare to him.

If you see a spelling error on our site, select it and press Ctrl+Enter
Tags:News of UkraineUkraineUsykboxerchampion