The FBI seized the painting. 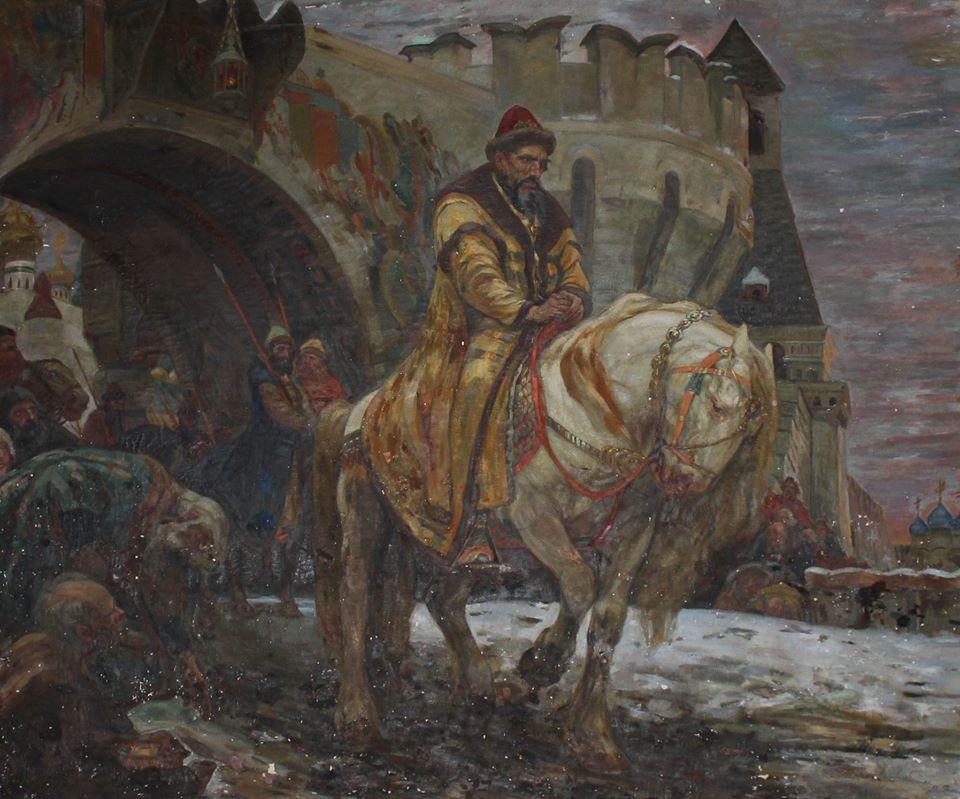 U.S. authorities have moved to claim a 107-year-old painting of Russian Tsar Ivan the Terrible that was stolen from an Ukrainian art museum during World War II and discovered in a home in the U.S. state of Connecticut.

Prosecutors from the U.S. attorney's office in Washington, D.C., said that until 1941 the painting by Mikhail Panin, called 'Secret Departure Of Ivan The Terrible Before The Oprichnina,' was part of the permanent collection of an art museum in the Ukrainian city now known as Dnipro, Radio Free Europe / Radio Liberty said.

In a December 21 statement, authorities said the painting, along with 63 other exhibits, disappeared from the museum when it was occupied by Nazi forces during World War II.

The painting was inherited by an American couple in 1962 when they bought a home in Ridgefield, Connecticut, from a man, officials said, who had emigrated to the United States from Switzerland in 1946. The couple discovered documentation that identified the man as having served in the Swiss Army during the war.

Neither the couple nor the man were identified in the forfeiture complaint filed in D.C. federal court.

U.S. prosecutors said that in 1986 the man from Switzerland died and the Connecticut home was sold the following year. The new buyer of the home, also unidentified, then put the Panin painting up for auction in 2017.

But when the painting was advertised in an auction house catalog, the Ukrainian art museum – now known as the Dnipropetrovsk State Art Museum – noticed, and demanded its return. The auction house was also not unidentified.

"Attention! Painting 'Ivan the Terrible' was in the collection of the [Dnipropetrovsk] Art Museum until 1941 and was stolen during the Second World War. The museum documentation confirms this fact. Please stop selling this painting at auction!!! According the international rules of restitution of stolen works of art, the picture should return to Ukraine," a museum employee wrote to the auction house in a November 17, 2017, e-mail cited by prosecutors.

The FBI then seized the painting.

The people who sought to sell the painting at auction have given up rights to it, and U.S. authorities said they will return it to the Ukrainian Embassy in Washington if no other claims are filed.

'Secret Departure Of Ivan The Terrible Before The Oprichnina' depicts a 16th-century scene showing the Russian tsar commonly known as Ivan the Terrible and his loyal adherents leaving the Kremlin gates.

If you see a spelling error on our site, select it and press Ctrl+Enter
Tags:News of UkraineUSAculture