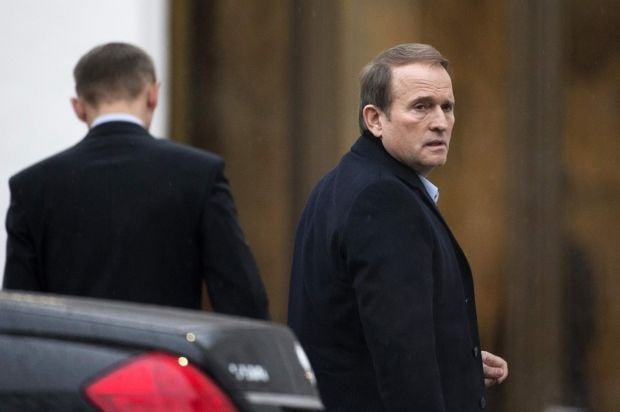 "Viktor Medvedchuk was involved in the process of arranging the exchange of hostages and prisoners. At the same time I want to say that such a reluctant move [as involving Medvedchuk] was justified, because 150 Ukrainian citizens were released as a result of [his] involvement," Lubkivsky said.

"We believe that the lives of our citizens should be our first priority. So we are undertaking such a step in order to release all those who are held captive. In fact, Medvedchuk serves as a guarantor that the agreements on prisoners exchange are fulfilled," Lubkivsky said.

Later in comments provided to Ukrainian newspaper Ukrainska Pravda, Lubkivsky said Medvedchuk would be further involved in the liberation of the hostages.

Asked whether Medvedchuk has been granted access to secret information, Lubkivsky said: "No. His role is voluntary. He is not our employee - he only has powers within the framework of the working group. Medvedchuk did not sign any documents with us, nor was he granted any access. The only access that he has is to the database with information about hostages that are to be released."

Earlier Ukrainian newspaper Ukrainska Pravda reported that Medvedchuk was not a member of the Trilateral Contact Group on resolution of the crisis in the Donbas, and was appointed by the Ukrainian Security Service as a special representative on humanitarian issues for the peaceful settlement of the situation in Donetsk and Luhansk regions.