Ecumenical Patriarch Bartholomew I handed the tomos of autocephaly (independence) over to leader of the Orthodox Church of Ukraine, Metropolitan of Kyiv and All Ukraine Epifaniy in Istanbul on Sunday, January 6. 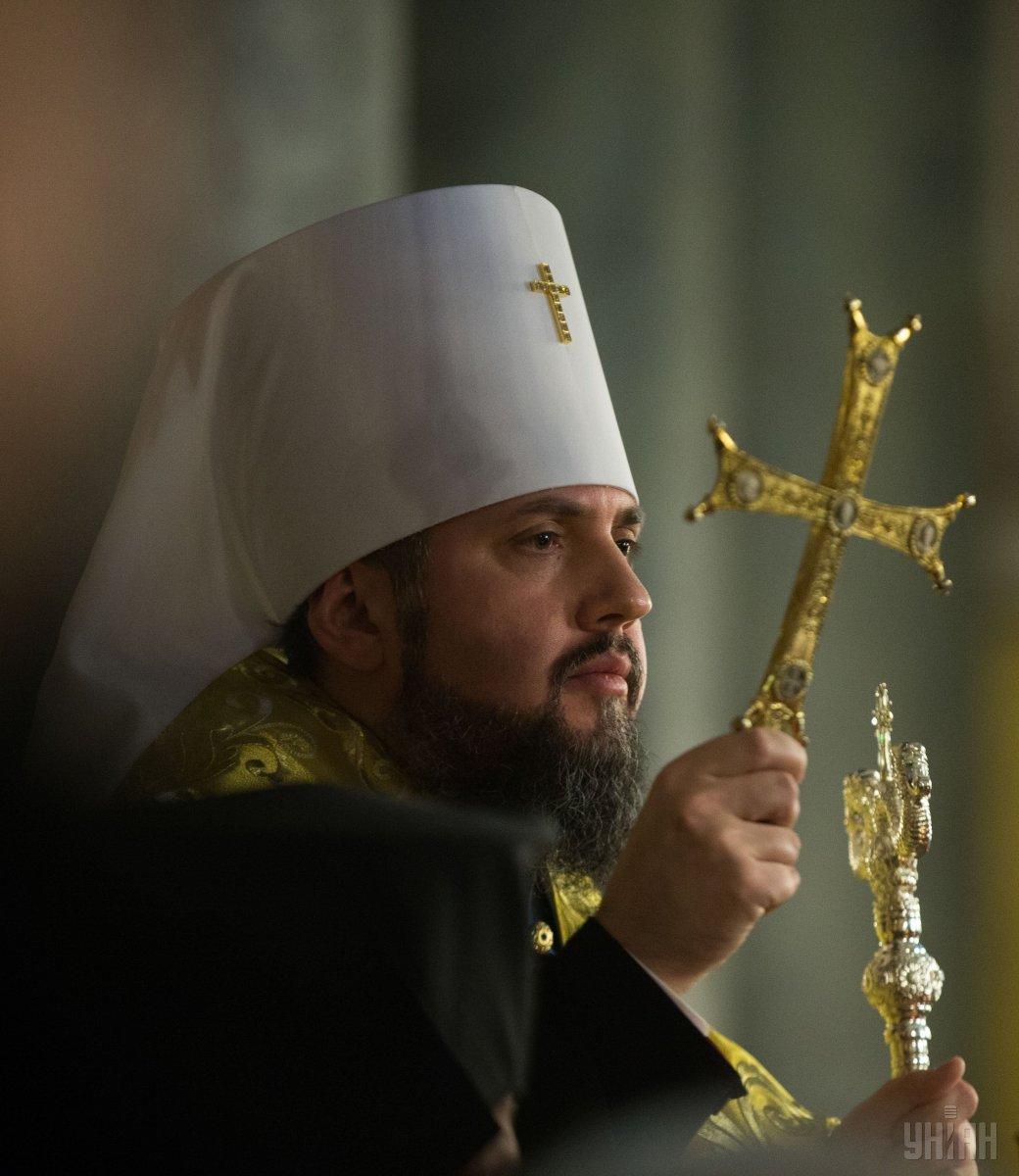 Leader of the Orthodox Church of Ukraine, Metropolitan of Kyiv and All Ukraine Epifaniy / Photo from UNIAN

Leader of the Orthodox Church of Ukraine, Metropolitan of Kyiv and All Ukraine Epifaniy (Epiphanius) has called on Ecumenical Patriarch Bartholomew I and all local Orthodox churches to pray for peace in Ukraine and for the release of those who are held captive or illegally detained.

"Together with the prayers of gratitude, we are also praying to God today for our Ukrainian people, who have been suffering for five years from the war brought from outside to our peaceful home," he said at St. George's Cathedral in Istanbul on Sunday, January 6, after an official ceremony during which Ecumenical Patriarch Bartholomew I handed the tomos of autocephaly (independence) over to him.

"We ask Your Holiness [Ecumenical Patriarch Bartholomew I], the entire mother church and all local churches to pray for fair peace for Ukraine and we believe that, as God heard our joint sincere prayers for peace and unity for our church and fulfilled what we had asked for, so the Lord will hear these prayers and give peace and unity to our state, and well-being and prosperity to the Ukrainian people," he said.

"We especially ask for God's protection of those who, for their love for Ukraine, are now suffering from captivity, unfair imprisonment or persecution, suffering from war and enslavement," he added.

As UNIAN reported, Ecumenical Patriarch Bartholomew I on January 5, 2019, signed the tomos in his residence in Istanbul, which proclaims the autocephaly of the newly formed Orthodox Church of Ukraine. The tomos says that the Ecumenical Patriarchate recognizes a canonical, autocephalous, self-governing Orthodox Church within the limits of the politically formed territory of Ukraine. The document also sets out the basic principles for the functioning of the Orthodox Church of Ukraine. On January 7, the tomos will be exhibited for the public at St. Sophia's Cathedral in Kyiv.

If you see a spelling error on our site, select it and press Ctrl+Enter
Tags:News of UkrainepeacereleasecaptivesreligionchurchOrthodox