Epifaniy, a newly-elected Metropolitan of the new Orthodox Church of Ukraine, will hold a liturgy in St. Sophia Cathedral. 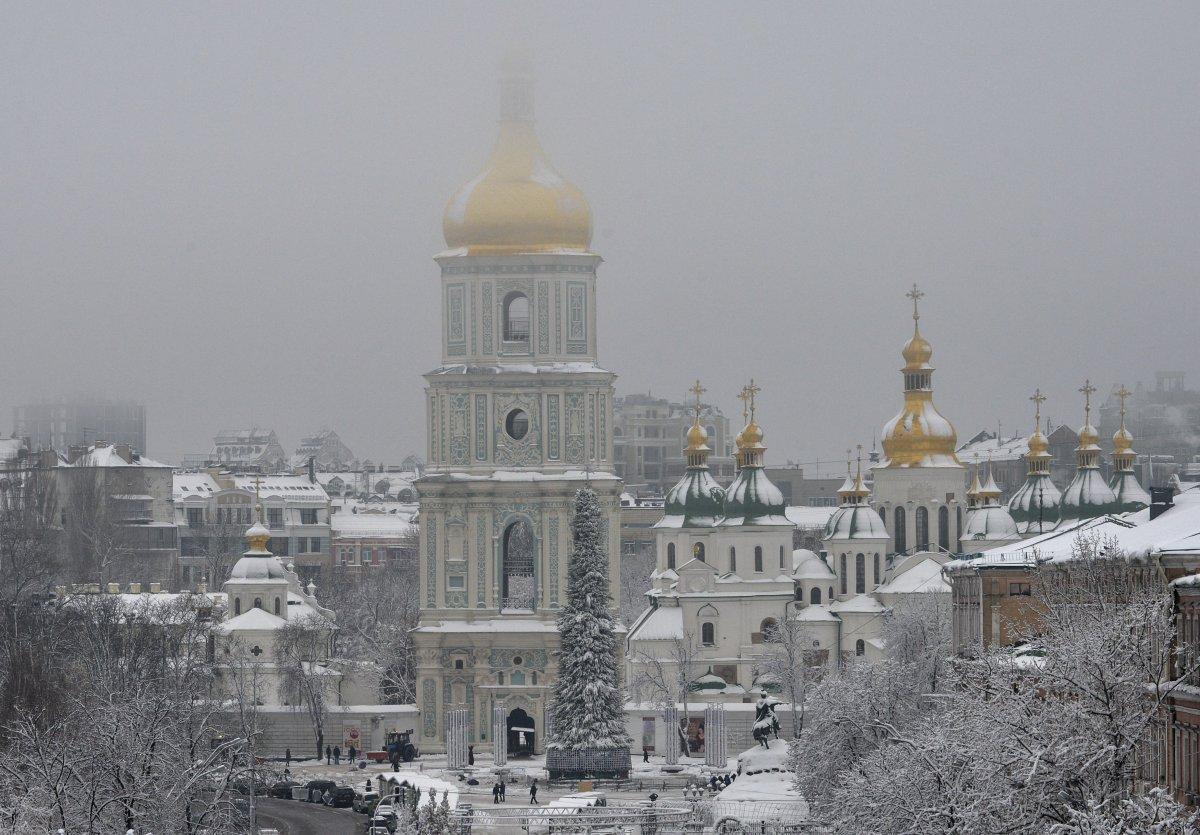 On Christmas Day, January 7, a liturgy started in St. Sophia Cathedral in Kyiv where a tomos of autocephaly of the Orthodox Church of Ukraine as one of the 15 local Orthodox churches is being shown to the public.

Leader of the Orthodox Church of Ukraine, Metropolitan Epifaniy (Epiphanius) of Kyiv and All Ukraine and Ukrainian President Petro Poroshenko have solemnly brought the tomos in St. Sophia's Cathedral, an UNIAN correspondent reported.

Following this, the Christmas liturgy began there.

The Ukrainian president, Chairman of the Verkhovna Rada of Ukraine Andriy Parubiy, MPs, Cabinet members, as well as representatives of Ukraine's cultural circles, chaplains, and volunteers are taking part in the general prayer.

The liturgy is headed by the Exarch of the Ecumenical Patriarch, Bishop Hilarion. It is expected that after this he will explain the procedure for holding services in Kyiv's stauropegion (representation).

Epifaniy, a newly-elected Metropolitan of the new Orthodox Church of Ukraine, will also hold a liturgy in St. Sophia Cathedral.

After the liturgy, the tomos will be transferred for public viewing to the refectory church of St. Sophia of Kyiv (Small Sofia), where everyone will be able to see it from 8:00 to 18:00, daily.

On January 7, the tomos will be exhibited for the public at St. Sophia's Cathedral in Kyiv.

If you see a spelling error on our site, select it and press Ctrl+Enter
Tags:News of UkrainePoroshenkoindependencechurchChristmasOrthodoxpray