Recruitment offices in Mariupol have received application forms for certificates to leave the region and the country for men of recruitment age, Deputy Commissioner for military work with the staff of the Donetsk Regional Commissariat Colonel Mykola Shariy said on Wednesday, according to the local news agency 0629. 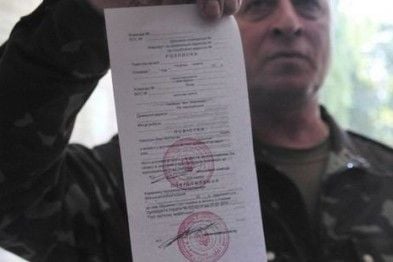 According to Shariy, citizens of Mariupol who are subject to military recruitment who are planning to leave the territory of the region for a long period of time, or to travel outside of Ukraine, should get a certificate in the recruitment office.

"The recruitment office has already received certificate application forms and will make everything possible to help men who are subject to military conscription to receive this document in order to avoid difficulties while traveling abroad," he said.

According to the report, this rule has not yet been introduced by law, but the recruitment offices have already received an order to issue the certificates.